Assassins Creed Unity is set for release on the PS4, Xbox One and PC exclusively and ahead of its release date on 11th November, we have compiled this feature to give you all the information you need about the game before launch. 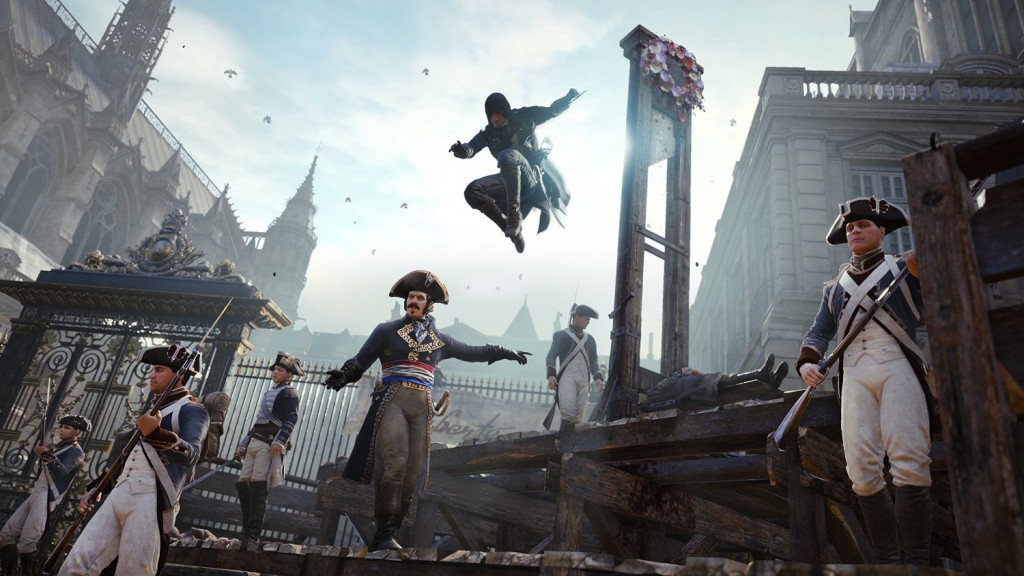 If you are thinking of picking up Assassin’s Creed Unity on the PC, the PC requirements are as follows:

Also, for the time being, the game is only available for purchase digitally via uPlay as discussions with Valve continue to make it available on Steam.

If you are looking to buy Assassins Creed Unity Xbox One or the PlayStation 4, check out this graphical comparison.

As with Assassins Creed IV: Black Flag, there will be a Season Pass  which will all be released early 2015 and contain the following content: 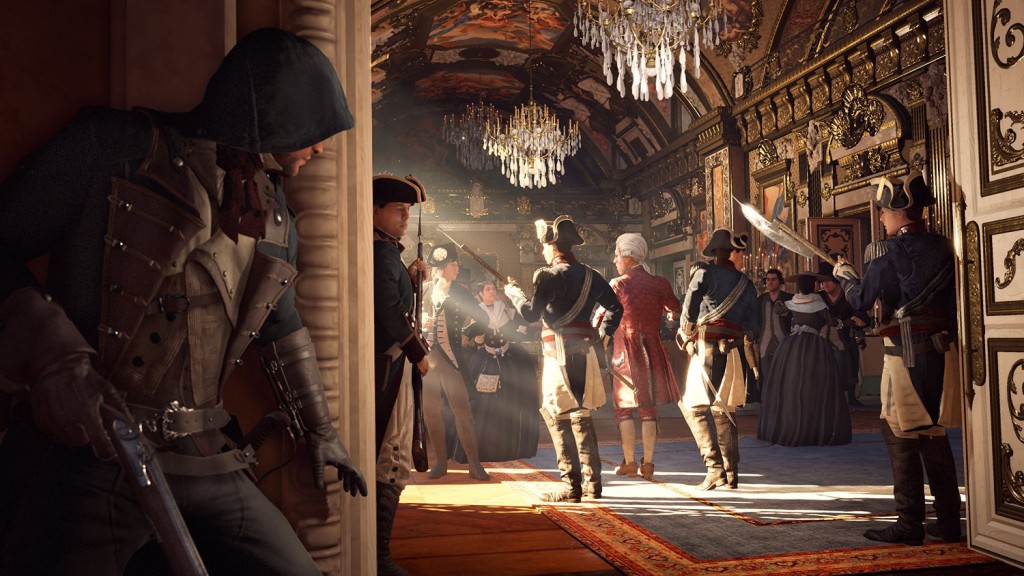 In this self-contained set of missions, players will explore the murky depths of the Basilica and fight merciless adversaries to uncover the darkest secrets of the city. Arno will equip the new Guillotine gun, a deadly explosive weapon for short and long range combat. In addition to the main missions, players will discover new open-world activities including treasure hunts, murder mysteries and contracts, as well as new co-op missions. Additional weapons, gear, skills and outfits can be unlocked and carried over to the main game. 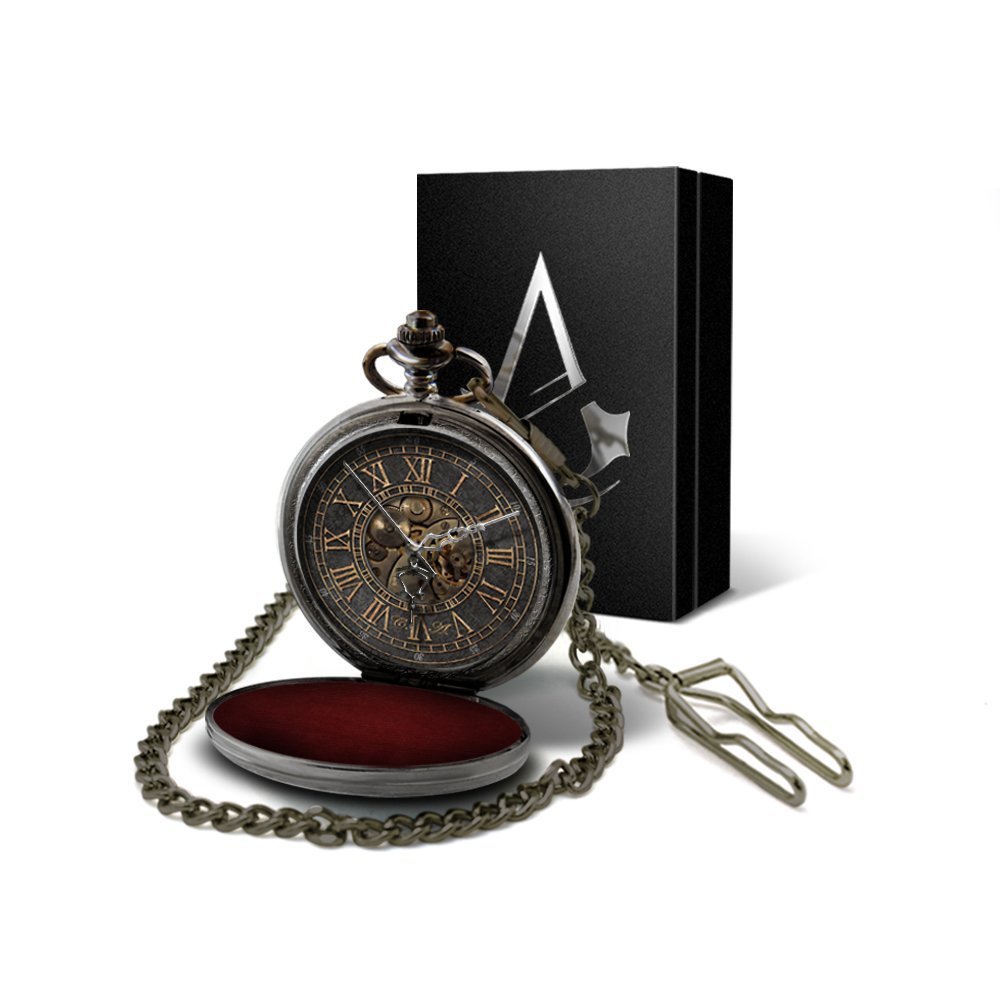 Extend Arno’s journey in Paris with more missions, weapons and customisation options for players looking to further explore Assassin’s Creed Unity and the French Revolution. Players can upgrade their customised Master Assassin and take on three added missions. Additionally, players will get over 30 new weapons, equipment, and outfits, including the exclusive Fleur de Lys sword on launch day.

Assassin’s Creed Chronicles: China – a new standalone Assassin’s Creed experience delivering a new story, setting, and gameplay type. In this 2.5D reimagining of the celebrated franchise, and developed by Climax Studios, players will perform parkour on the Great Wall of China, kill from the shadows and take the leap of faith. Players will be transported to the Middle Kingdom in the 16th century, where the last remaining Assassin of the Chinese Brotherhood has returned to her homeland. Players will be immersed in a vibrant setting, inspired by traditional brush paintings and Chinese architecture from a pivotal, historic time period in one of the greatest civilizations in history. Hell-bent on revenge, Shao Jun will use the skills she learned under legendary Assassin Ezio Auditore to exact vengeance. Players will be able to rely on stealth to accomplish their mission, as well as Shao Jun’s martial arts training and all-new Assassin gear.

In the below video, Creative Director Alex Amancio walks us through this exciting first look at a co-op heist mission from Assassin’s Creed Unity.

In heist missions you’ll have to coordinate your skills and attacks to infiltrate, steal the artifacts, and escape without being detected. The less you’re seen, the higher your reward for finishing the mission will be. Heists are just one type of co-op mission and with constantly changing goal placement as well as a variable number and location of guards you can replay heists again and again for a fresh experience every time.

The game comes in a number of editions, Bastille Edition, Special Edition and Gold Edition. Amazon also have an exclusive Amazon Special Offer which features the following: 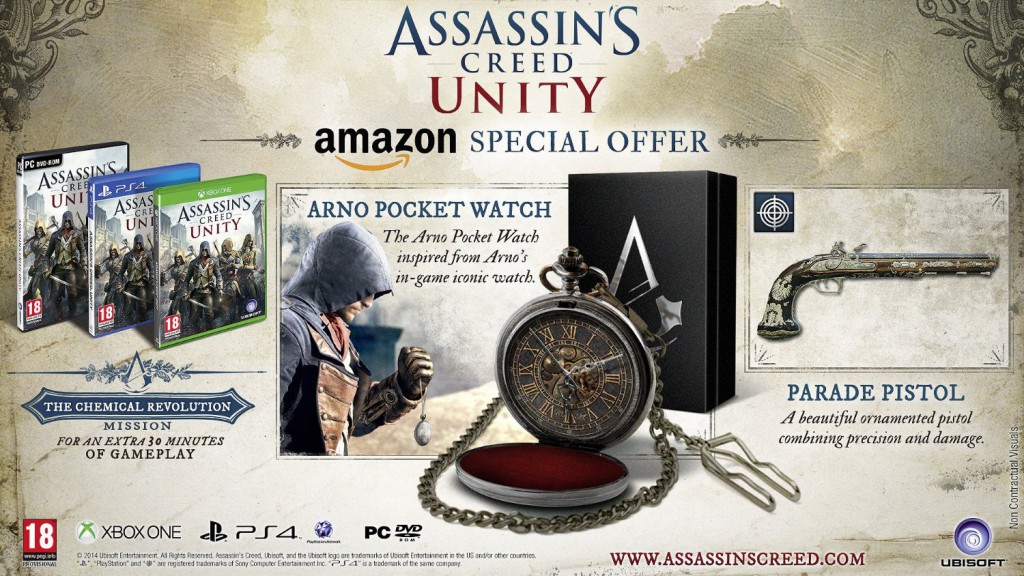