Rocksteady are back to developing the latest Batman game after the mediocre Batman Arkham Origins developed by Warner Bros. Montreal and they claim in a recent interview with Guy Perkins, Rocksteady’s marketing manager, that the game is aiming to be ‘the ultimate Batman simulator’. 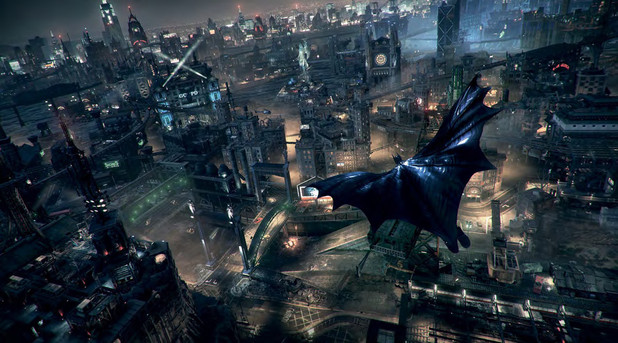 Their dark depiction of Gotham City, coupled with Rocksteady’s outstanding writing and the games gameplay mechanics have made this series a favourite among loyal fans with the first 2 games Arkham Asylum and Arkham City racking up metacritic scores in the 90’s.

Guy Perkins states in his interview with IGN that world has been built around the need to facilitate the Batmobile which was not possible in the previous games. This inevitably means a larger world which in turn led to their design choice to deviate from Arkham Asylums linear story telling and game play.

The game will still have a very defined narrative according to Guy Perkins but it will have more side quests and a richer story that will appeal to newcomers and fans of the series alike. 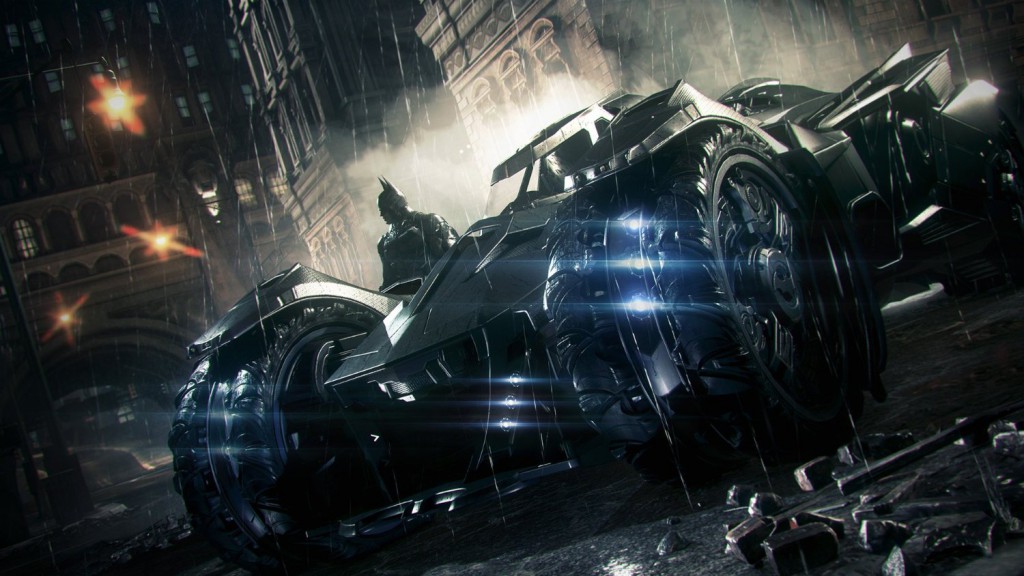 In addition, whilst hand to hand combat is the natural way to dispense with a mass of foes, Perkins describes that there is no prescribed way of dealing with your foes meaning that using your Batmobile, the dynamic environment and your arsenal of gadgets all come in to play as viable options.

The biggest fuss around the latest game is of course the Batmobile which is to feature in the latest game for the first time in the series franchise. It has been quite the omission in the first 3 games much to the anguish of loyal Batman fans but from what has been released by Rocksteady, it looks like they have made it worth the wait.

Arkham Knight was originally targeted to launch this fall, but publisher Warner Bros. delayed it to 2015 right before E3. The game is now scheduled to launch in June 2015 for Xbox One, PlayStation 4, and PC. Loyal fans and collectors might also be interested in the $200 special edition that come with a model Batmobile! 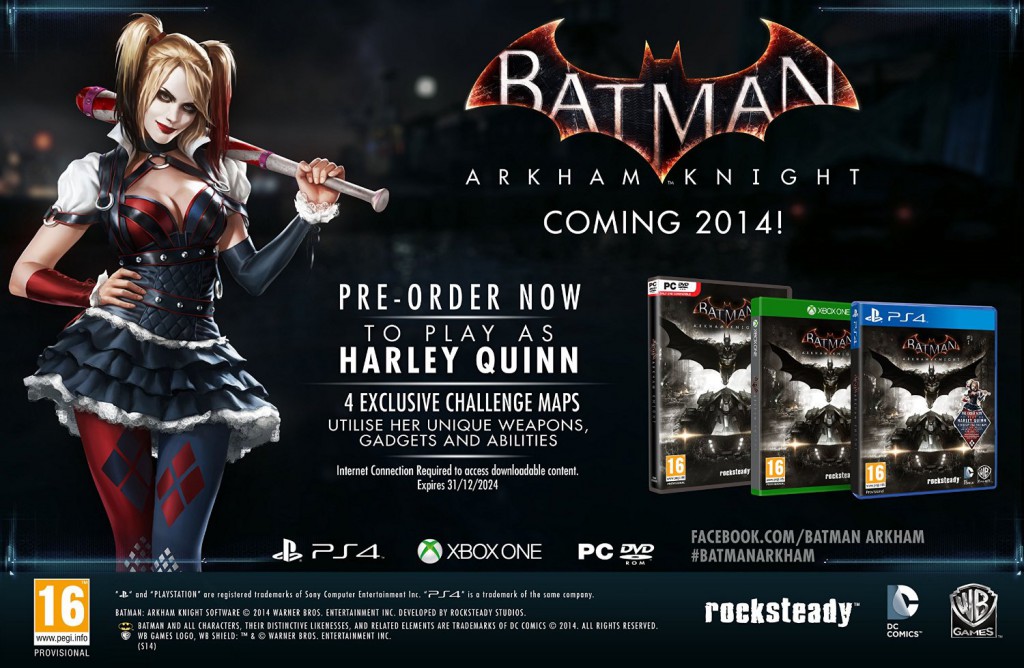 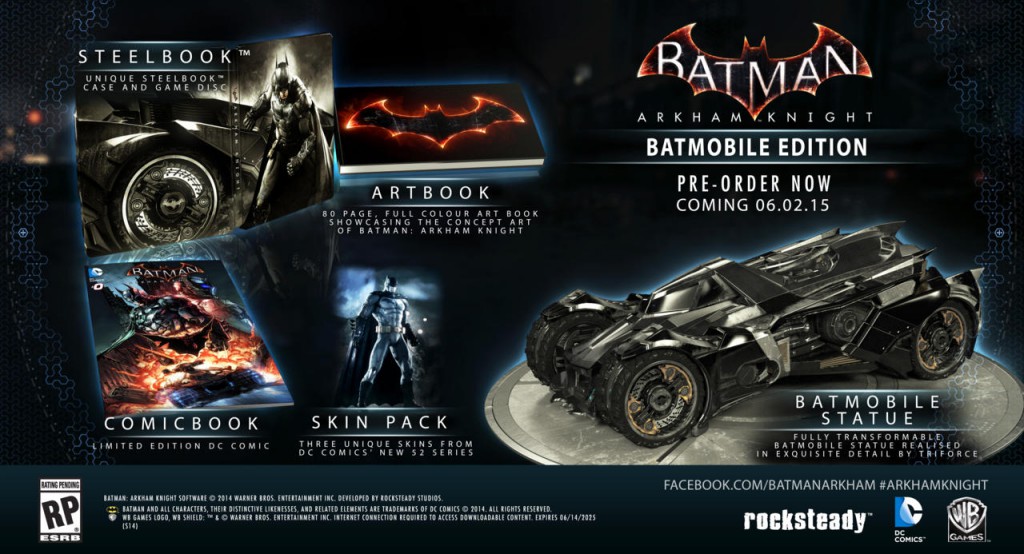