The original Resident Evil by Capcom is getting a remake according to a Capcom Employees blog.

The game will be available as a download next year (specific date not given) and be available on current gen, next gen and PC consoles specifically, the Xbox 360, Xbox One, PS3, PS4 and PC. The game will run at 1080p on the Xbox One and PS4. Capcom claims that the remake will be the definitive version of the game. 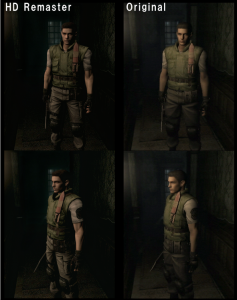 A remake of the original Resident Evil is said to be one of the most frequently requested remake according to the Capcom employee.

As well as the visual enhancement to HD, there will be 5.1 surround sound, the addition of a scrolling camera to give 16.9 aspect ratio and an option to use the analog sticks instead of the traditional ‘tank controls’.

The producers have said that they are working hard to maintain the atmosphere and tension that made Resident Evil so popular in its original release for the PlayStation One in 1996 and and later on the Game Cube in 2002.

The game is set for release in North America and Europe in 2015 though pricing has not been specified.

Resident Evil franchise has been immensely successful selling well over 60 million copies to date. The more recent releases of the franchise, notably, Resident Evil 5 and Resident Evil 6 have deviated from the classic survival horror style in favour of action style game play. This has divided fans particularly with Resident Evil 6 which received poor critical reviews and public reception. It is rumoured that Resident Evil 7 is in the works.

Is this a good idea and should they not be remaking RE1, 2 and 3?

Let me know in the comments below.