With the release of Borderlands: The Pre-Sequel, we have  created this FAQ to get you up to speed with everything you need to know about Borderlands the pre-sequel.

Why is it called Borderlands: The Pre-Sequel?

The game is set between Borderlands 1 and 2 and so it is considered a prequel as well as a sequel. Interestingly, its the first time any game has adopted this type of unique name and admittedly kind of fits with the charm of the Borderlands series.

Why are GearBox not developing this game?

Its likely that they are concentrating on the actual sequel to Borderlands 3 and to fill the gap or to keep the lights on, 2K Australia have been brought in to work on the Pre-Sequel. 2K Australia are responsible for The Bureau: XCOM Declassified and Bioshock 1, 2 and Infinite and so not a resume to be sniffed at.

Expect to see familiar faces. the following are playable characters:

All of the 4 playable characters report to Handsome Jack prior to him taking the Hyperion over and becoming the eventual villain we meet in Borderlands 2.

So what’s the deal with Handsome Jack

This game focuses on the story of Handsome Jack and how he became the dastardly yet charming villain In Borderlands 2 and the rise of the Hyperion corporation.

Where does Borderlands The Pre-Sequel take place?

On Pandora’s Moon. There is actually quite a lot of structures so it never feels too repetitive as you traverse the surface.

Wait, how do I breathe on the Moon?

Good question. Borderlands the Pre-Sequel introduces a new game play mechanic – Oz kits – which have to be collected to keep your oxygen supply replenished. This does mix things up a little bit and allows you too boost in to mid air but ultimately hampers exploration – the core of which the series has been built upon.

So will there be low gravity on the moon unlike Destiny?

Yes there is and you will be floating around in places though you will have some special abilities that allow you to pound to the ground and accelerate mid air.

What New Weapons will there be?

Cryo, a new feature which freezes enemies so that you can obliterate them in to pieces, comes as a new form of ammo. Also there are new laser weapons which add fire damage. Generally you can expect the Assault Rifle, Shotguns, SMG’s, Sniper Rifles, Shield’s, Pistols, Rocket Launchers, Mods, Lasers and Grenades.

What new vehicles can you expect?

The Moon Buggy and the Sting Ray.

This is a fan reward system that allows players who sign up to Gearbox Software’s SHiFT Premiere Club directly from within the game or on SHiFT website. Membership is free, and once players are signed up, they can enter SHiFT codes which will unlock rewards such as skin customizations or other goodies including the coveted Golden Keys. Players must redeem codes from inside the game via the menu – EXTRAS.

Any changes to the Loot System?

No, the game developers have advised we can expect to see the same system as in previous games in Borderlands the pre-sequel.

More on Borderlands The Pre-Sequel

Check out his quick look of some Borderlands Pre Sequel game play footage.

You can check out the cheapest prices on the web here. 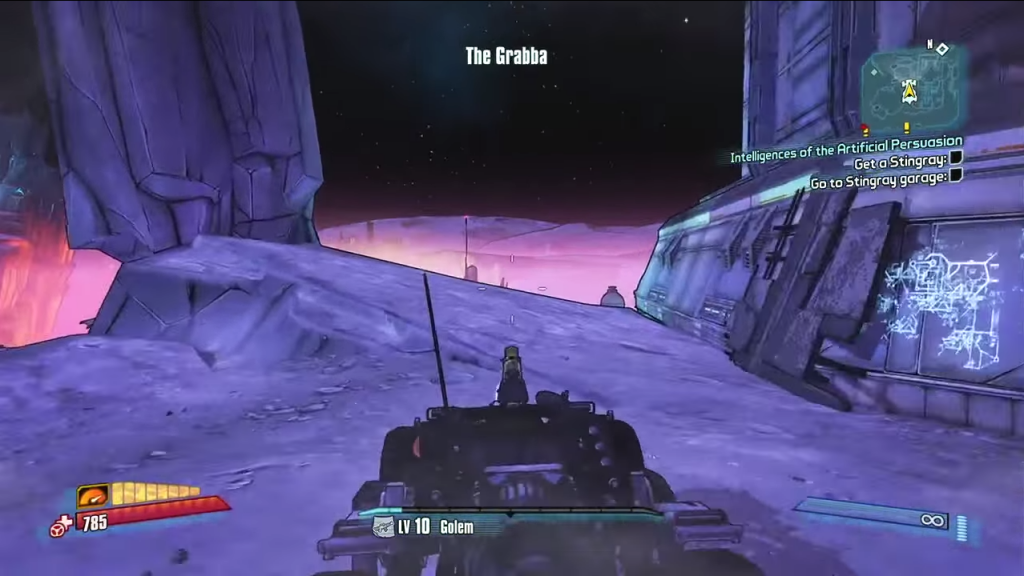