With Fallout 4 recently announced and more to come in E3 we pondered what we would like to see in Fallout 4 and came up with a list of 7 musts!

Having a companion in open world RPG’s has become common but Dog Meat from Fallout 3 arguably set the trend and had a significant impact on companionship in games. GTA V did a great job with Chop, giving the gamer a responsibility without making it too much of a liability and most Bethesda games since have had companionship in some form or another. But Dog Meat was special. He was your only friend in a bleak post apocalyptic Washington DC that made you care about his fate. And we want him in Fallout 4. 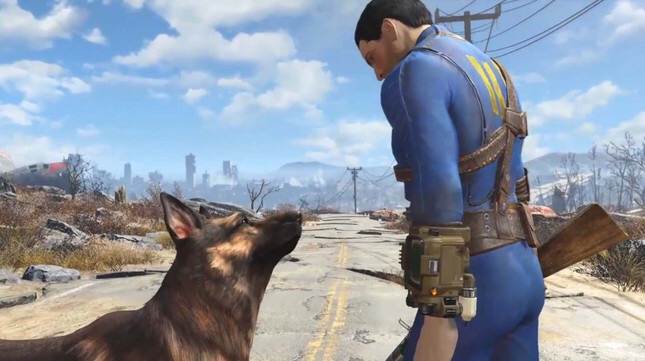 Fallout 3 did a relatively ok job with karma but usually you could redeem your self from the most horrific choices such as blowing up megaton with the nuke. Mass Effect 3 did a controversial job with their choice system and more recently, at the other end of the spectrum, The Witcher 3 Wild Hunt did a great job. I would just like Bethesda put a little more thought into it and mainly I want to see my decisions have a meaningful impact on how the story and player progression pans out (even if that means irredeemable consequences).

3. Quality as well as Quantity

This is the second time I’ve referred to the Witcher 3 already and it’s no surprise as it’s become one of the benchmarks in RPG open world games. What that game does so well is create a huge detailed world with meaningful exploration and content. I want to see Bethesda concentrate on quality as much as quantity.

I’m not looking for expensive cinematics but rather good story quests, meaningful loot and currency system that makes exploration worthwhile and lots of varied things to do. I’m obviously expecting a graphical upgrade to Fallout 3 but  much more importantly Fallout 4 needs polish. The trailer suggests an improvement to Fallout 3 but still leaves some cause for legitimate concern given the added power available to the game developers some 6 years on the new consoles and PC.

When I say complex I mean everything should be usable. Being in a wasteland, everything should have some use and so items should be capable of being broken down for raw materials and that used for crafting. Obviously make us pay for it but please, Bethesda, if you are reading, do not make it to arduous a process to do it. The system cannot be too prohibitive and should reward exploration. 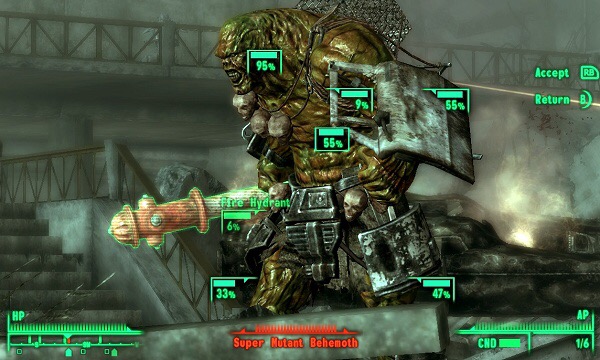 Ok so in Fallout 3 you could sneak up close to an enemy equipped with a shotgun, hit V.A.T.S button and blow of the enemy’s head with 90% plus success rate. Fun as it was, it was too easy to exploit and some players preferred the realtime action Fallout New Vegas’s aim down the sights brought. I want to see Fallout 4, develop both these systems better so you have a meaningful and realistic V.A.T.S that would make retreating a good option at times and a smoother realtime combat system so that when you have an aim on a bandits head, it registers the kill. Fallout New Vegas had a far from perfect combat system but it was a step in the right direction. Fingers crossed, it’s going to be solid this time round.

6. No Load Times (or shorter ones if it can’t be avoided).

There was nothing worse than opening and closing doors from indoor to outdoor areas and suffering long load times. As interesting as the load screen could be, it’s nothing something I want to see too much of in Fallout 4. If Bethesda can nail this, then it would be a huge step in the right direction and improvement on Fallout 3.

If the world is really huge, vehicles should form part of travelling. I loved wandering around Washington DC soaking up the beautiful world design and it was just about manageable without vehicle. But inevtably I used fast travel when time was limited. Vehicles may be the answer as a means of preserving and rewarding exploring the vastness without killing too much of the players precious time. Combat would also be good in vehicles but it has to be balanced with good Enemy AI and not overpowering.

Let us know in the comments below.

Sex In the Witcher 3 – When Things Go Wrong