What is Bloodborne PS4

Bloodborne is the upcoming open world RPG from Japanese developer FromSoftware – the developers responsible for bringing the brutally hard Souls Series games (Demon Souls, Dark Souls I & II). It is exclusive to PS4 and you can see the Bloodborne PS4 official TGS gameplay trailer – The Hunt Begins below.

The queue to get to the Sony booth to see Bloodborne at TGS 2014 was huge as people waited anxiously to get a preview of the full game. One question many have been asking is will Bloodborne Play like Dark Souls or the other game sin the Soul series?

Open World Games have uploaded 30 minutes of game play footage from TGS 2014 which shows a walkthrough of Bloodborne and gives us some greater insight on how the game will play (Just bear with the voice over!).

The footage shows that though a lot of inference has been drawn from the Souls series, the general speed of the game seems that bit more quicker and fluid. Unlike the heavier, more animated like movements in Dark Souls or Demon Souls,  Bloodborne feels more akin to games like Devil May Cry or Bayonetta though it more accurately lies somewhere in between. And dare I say it, for this reason it feels a little more forgiving though it has been reported that the brutaility of the Souls games will be present in Bloodborne.

FromSoftware have included a raft of ludicrous weapons once again and created another stunning world for players to get lost in. This time around, its set in a gothic Victorian era in a ancient city called Yharnam which has been plagued by an endemic illness. A new terrifying horror filled world, Bloodborne, with the power of the PS4, looks like it will be a blockbuster hit for Sony and if it it stays remotely true to to FromSoftwares preceding Souls titles we have no doubt that it will.

This game is one to truly look out for.

Bloodborne releases in February 6 2015 exclusively to the PS4. You can pre-order your copy here. 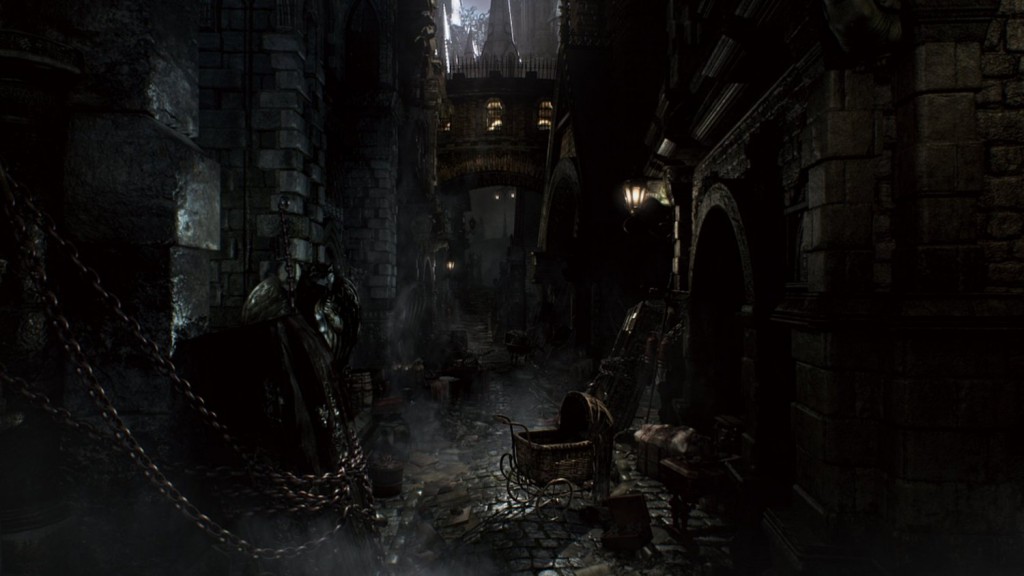 Dark Souls Still One of the Best Games Ever