Ahead of the hugely anticipated release of the final game in the Batman Arkham trilogy, Rocksteady have produced a video series ‘Arkham Insider’ to give viewers exclusive gameplay footage, developer insight and a behind the scenes look at the game development of Batman: Arkham Knight.

We have collated all the videos in the series in one place for you to view.

In the episode, Rocksteady give you the low down on the new Dual Play gameplay feature, shed more light the narrative elements at play in Batman’s relationship with his allies, and give you a behind the scenes look of the studio as they celebrate another milestone in the development of Batman: Arkham Knight.

In this episode, Rocksteady give you an exclusive look at the new gameplay of Dual Play Combat in Batman: Arkham Knight, as Batman and Nightwing team up to take on Penguin’s thugs. Rocksteady also take some questions from Arkham community super-fan CabooseXBL.

In this episode, Rocksteady unveil a brand new mini-trailer featuring the Arkham Knight, and go into deep detail on some of the game’s key characters. And as always, they answer your questions.

A Batmobile Double-Bill. This episode features brand new gameplay of Riddler’s intellectual assault on both Man and Machine, and a talk through on the new features of Battle Mode on the show floor at MCM Comic Con. The end features some exclusive new details and answers to community’s questions.

If you haven’t secured your copy of the game yet, Amazon have an exclusive edition which you can pre-order from here that features a superb Arkham Knight Statute, art book and a bag full of other goodies! Note there are only a limited number and likely to sell out fast so act fast. 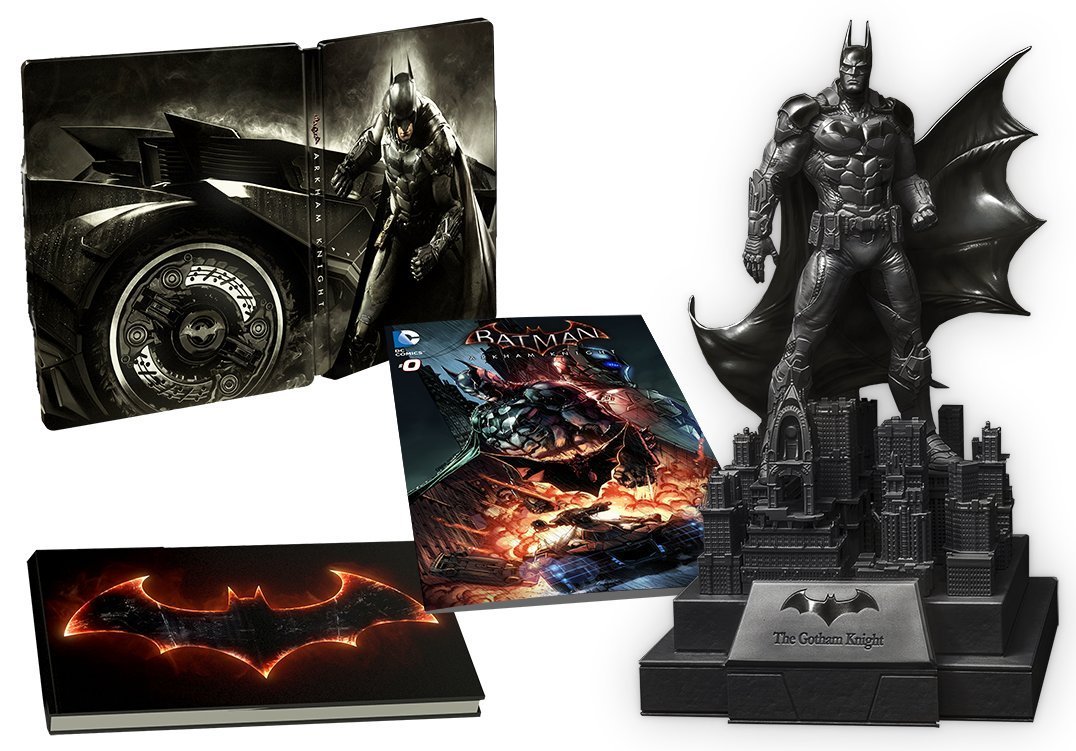 Why You Should Pre-order Batman Arkham Knight for June 2015