Ryse Son of Rome for the PC releases on 10 October 2014 and if you missed it on the Xbox One, now is your perfect chance to pick it up on the superior PC version. But should you buy the PC version or the Xbox One version? Or should you even buy it all?

Whilst gorgeous looking, the game did not receive the best critical acclaim. It was criticised for its too frequent quick time events and was likened to a technical demo of the Xbox One as opposed to a real game and a game likely a victim of its raised expectations on the newly released Xbox One. 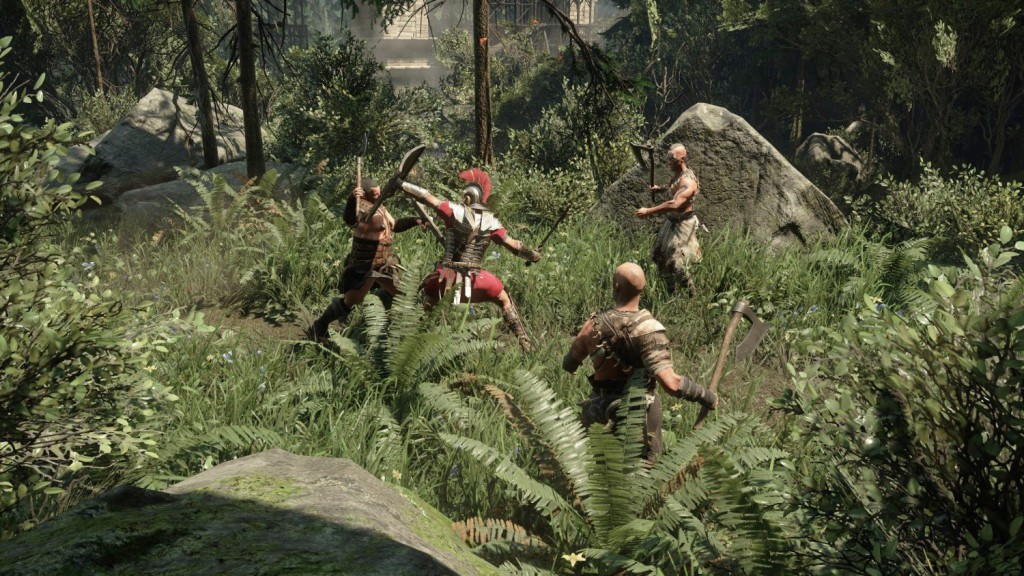 We played through it and whilst we could see the basis of the criticisms, we nonetheless had a blast playing it. If you are one for gorgeous visuals, you should definitely pick this up. The gameplay does lack depth, and it does feel like a bit of a grind but it does put you in the heart of Rome slaying countless foe and the story is decent if not great. Its more akin to being in a Ridley Scott movie.

Gamespot released a neat comparison of the two versions of the games which you can watch below.

Whilst the differences aren’t stark, the PC does benefit from a higher resolution (Xbox One is 900p up scaled to 1080p).The lighting seems better on the Xbox One though this could be a matter of opinion. The colours certainly look a lot more washed out on the PC. This could be down to local settings, but we are in no doubt that everything else seems a bit more enhanced on the PC version particularly the resolution.

Ryse Son Rome on the PC will include all of the Ryse Son of Rome DLC on the Xbox One including:

This represents good value if you were thinking of buying the game anyway. Either version would be a good buy on a graphical level but we would definitely recommend holding off until the release of the PC version for these added extras.

Ryse Son Rome releases on the PC on 10th October 2014. If you are interested in picking it up you can check for best prices here.