Information about the new GeForce 980Ti has been released by Nvidia and is the newest addition to Nvidia’s impressive line of high end graphics cards. Pound for pound, its rumoured to be the best graphics card money can buy. 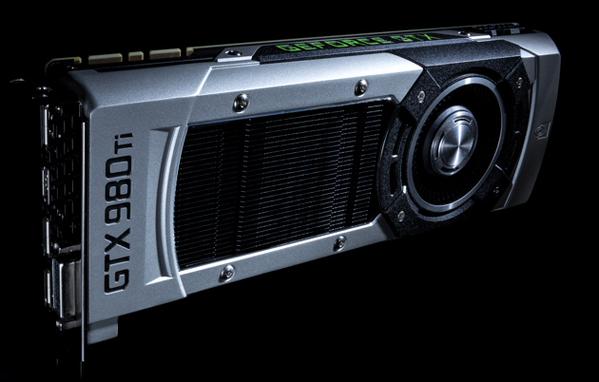 The new GTX 980Ti starts at around $650 and will be bundled with a copy of upcoming game Batman: Arkham Knight if the card itself is not enough to sway you! It comes in much cheaper than Nvidia’s premium priced Titan X graphics card and features 6 gigabytes of GDDR5 memory – around half of that in the Titan X. It also has a 336GB/s maximum bandwith and features one HDMI, one DVI, and three DP display outputs.

For those wanting to know how they rank, Nvidia’s pecking order of GeForce graphics cards now looks something like this:

Nvidia spokesperson Mark Avermann has made it clear that the GTX 980Ti has been designed with the top end PC features such as 4K, VR and G-Sync in mind.

Early reports are suggesting that the Nvidia GTX980 Ti appears to be the graphics card for 4K gaming and with the combination of price to performance ratio, it also seems to represent an unbeatable deal. At this moment in time however, we feel the GTX 970 hits the sweet spot at the moment between price and performance. You can see what others are saying about the GTX 970 here.

AMD are set to release their newest entry soon so it is definitely worth seeing what they bring to the table. If anything, now seems to be a good time to be a PC gamer.

Assassins Creed Unity – Everything You Should Know Before Launch