The PX4 is compatible with the PlayStation three, four as well as the Xbox 360 though it was designed for and generally considered to be the choice headset for the PS4.

My initial impression when looking at the Turtle Beach PX4 Headset was the instant aesthetic appeal. The PS4’s matching colour scheme and the slick Turtle Beach branding make you instantly feel you have purchased a top end product. In handling it, you can feel it has a good quality build and robust yet flexible construct. 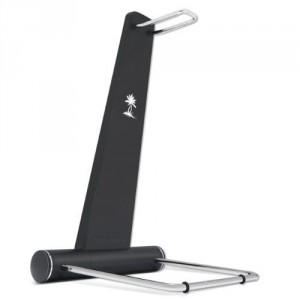 The headset is flexible and will fit most head sizes. There’s a nicely padded cushion on the underneath of the headband that will provide comfort and the ear cups are cushioned with nice Turtle Beach branding finishing though over long gaming sessions they did become quite irritable which we put down to the cushions.

There’s no stand included to hang the headsets on which is a sad omission particularly as Turtle Beach do have a nice stand but make them for sale separately.

There is a chat volume indicator and in game control volume to give you control of the audio and chat mix as well as the power button and Bluetooth buttons on the ear cups.

The headset comes with a PX4 transmitter unit, optical cable and mobile cable and is relatively simple to set up. The transmitter has an optical in an optical out slot and uses dual band Wi-Fi. Along it are the various indicators for the Dolby surround, Dolby and power.

The main attraction of the Headset of course is that it is wireless though it does need to be tethered to the controller with a lead that comes with it. This is not ideal but something most users should be accustomed to if they have ever owned an Xbox 360.

The microphone piece is bendy and detachable for times when you are not using it for gaming or chat though it does not look at all fancy.

The headset can be used for pretty much all purposes such as Netflix, music and videos as well as for gaming. You can actually also pair to you mobile handset to the headset via Bluetooth and answer calls on the fly making it very useful whilst mid game to answer your calls phone calls.

The sound quality is good but not great and does not seem as loud as other Turtle Beach headsets that we have used.

The Dolby Surround is mediocre at best and whilst it does give some good sound it’s not what you would expect from a Turtle Beach Headset.

One nifty feature it has is adjustable surround sound so that you can control the direction in which the sound comes in to your ear for maximum effect and exposure.

There are various pre-sets that will make this easier but it is something you can play around with to get the sound the best according to the game you are playing. When using for a shooter for example, one of the pre-sets worked particularly well compared to others so there is some trail and testing to be done wit the settings.

The PX4 uses rechargeable batteries. It comes with a very long charger cable in case you have not got your PS4 one so that you can charge your controller from a distance which will also do you PS3.

As I have said, the PX4’s sound isn’t all that impressive though by no means bad. They are of course better than the regular PS4 headset that comes of the console and so if you are in a hurry to get a pair, they will see you over until the next best thing but we would seriously question whether it is worth the investment and consider holding out for a better pair.

That said, at the price you can pick these up for now, getting them would be by no means a bad decision and we would always consider a decent headset over any surround sound system or sound bar (unless of course it is your main living area!). 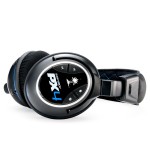 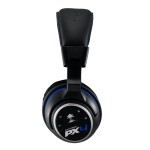 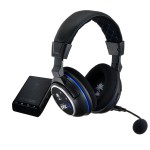 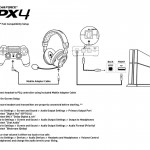 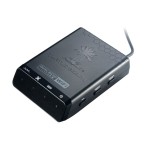 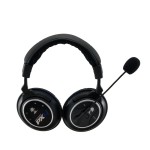 Check out here for the best prices.

The Bad: Sound is mediocre | Can cause irritation after long sessions