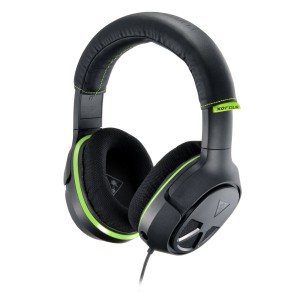 The Turtle Beach Ear Force XO Four Headset has been specifically designed for the Xbox One and comes with the official stereo controller adapter for connection to the headset. The headset can be used for other devices including other consoles and mobile gaming devices but some functionality will be lost such as voice chat when using on those devices.

We said the same for the XO7, that initial impressions, as always with Turtle Beach products, is that they exhibit confidence immediately from viewing the packaging. The unboxing process was a pleasure and everything was neatly packed.

Once out, they are much more plain looking than the XO7 and you can immediately sense they are light weight and flexible. They feel like they can withstand a bashing, including the cable and feel content that they are made to last though only time will truly tell. 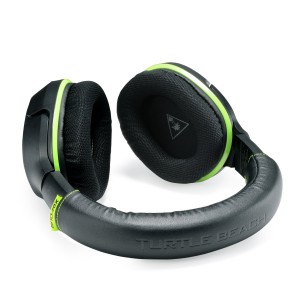 The setup process is very easy and comes with full instructions. As with Ear Force XO7, you will need to perform a firmware update before using these.

Do the update before connecting it to your console and setting it up. Youi can do this by simply connecting the controller and heading over to “Settings” on the Xbox One dash board and “System Settings”. In there you will see “Update Controller”. Select this.

Once you have done the update simply connect the adapter to the controller and the headset to the adapter and you are all set.

When putting them on, you will feel they are extremely comfortable and nothing like the bulkiness you get from Tritton or some of the heavy weight Turtle Beach siblings. The ear cups are cushioned which makes them very easy on the ears.

One of the great advantages of the Turtle Beach Ear Force XO4 is that they are wireless (save for the wire that connects to the controller) and whilst the battery life could be better, ultimately wireless is the way to go.

A few have complained that they are too snug a fit and whilst we note that they do appear on the small size, they are extendable and soon adjust to your head size as they are pretty flexible. I never noticed any issues around tightness and I would say my head is probably average sized. They may take some wearing in but in our opinion, we feel there is enough flexibility in the headband that will hopefully avoid any problems of this sort.

One major issue we picked up on, like with the X07 is there is no active voice monitoring which means you cannot hear your own voice in game. This is strange an may be covered in a patch hopefully but for now, you will not know how loud you are talking with them on.

The headset comes with a flexible mic that fits in easily and seems robust and durable. This is of course detachable for when you do not need the mic. The adapter on the controller controls the sound, audio, mute option on the mic and the balance between the game audio and chat audio.

The most important part of the headset is the sound which we can confidently say that this headset delivers on. It boasts 50mm drivers which is the same as the XO7 and truly delivers brilliant sounds. As with the Xo7,they produce great sounds on all tones ranging from deep base to distinct highs. The low tone basey sounds from exploding grenades will make your ears ring whilst the quiet footsteps in an empty room will sound as clear as a ringing bell.

We tested the game on Destiny, Titanfall, Battlefield 4 and Need for Speed Rivals and all the games delivered truly stunning sound. I have had a blast using them on the newly released Destiny. 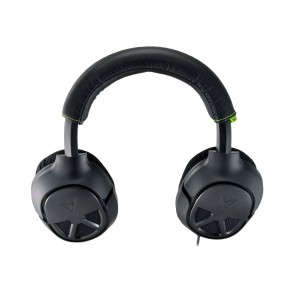 As with the X07, we tested the sound on movies and we choose the same movie Transformers: Revenge of the Fallen through Netflix on the Xbox One to keep the two on an even platform. As expected, the sound was without any differences. The 50mm neodymium drivers do have a substantial impact. We have no hesitation in suggesting that if you are not a big user of the mic, they will serve as an exceptional headset in general for movies and music as well as gaming particularly as it is lightweight – unlike the XO7.

The headset can be used outside of the Xbox One on other consoles but you will not have the chat functionality. We like how you can use it on tablets and smartphones as they are increasingly popular devices and as we said, unlike the XO7, we think you could get away with using this as a regular set of headphones particularly as the ear cups can flatten out around your shoulder.

How Does the Turtle Beach Ear Force X04 Compare Against the X07?

This is a common question and one we thought we should address in this review. We also include in this the Turtle Beach Ear Force Atlas edition for Titanfall which is essentially the X04 but with custom design livery.

The main differences that attract the extra premium customers will be forced to pay with the XO7 is the memory foam ear cups, the changeable / customizable plates and the build quality. 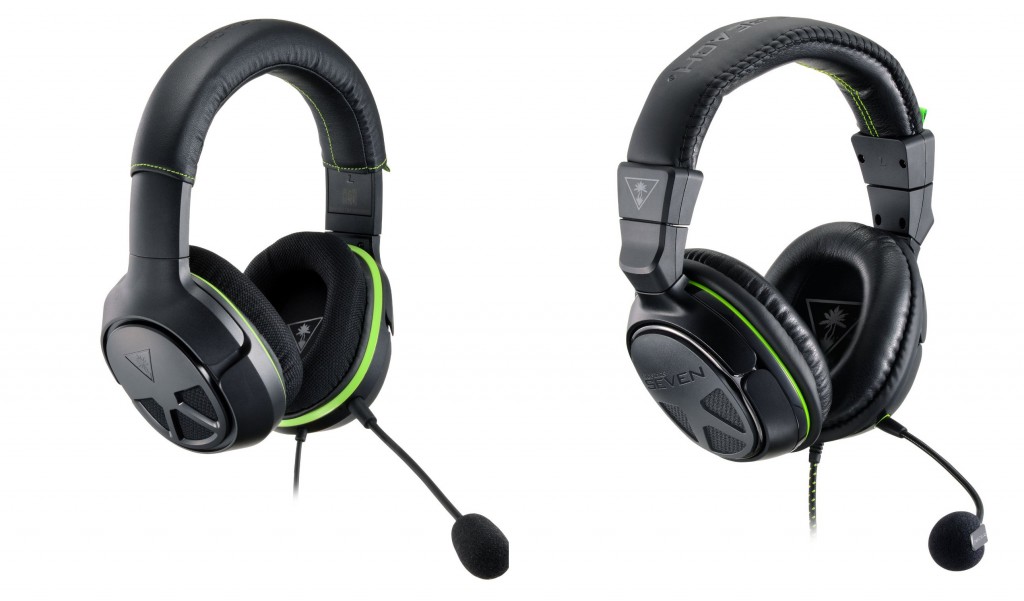 Turtle Beach Ear Force XO4 v XO7 Side by Side

Certainly the memory foam does make them more comfortable and the build quality is apparent just simply by looking at the two side by side but otherwise they are identical. You can see our full review of the Turtle Beach XO7 here The speakers used are the same owing to the same 50mm drivers used and the sound you can expect should be identical.

Whilst the X04 does not look as meatier as the X07, it does look nice. Not gorgeous but slick. The Turtle Beach Ear Force Atlas Edition is based on the XO4 and with its liveries, disguises the blander looking design of the XO4 though they are essentially the same headset. We are quite content with the XO4’s design but some may be put off and opt for the sexier XO7 which is completely understandable.

With the differences between the two so few, it makes you think why Turtle Beach bothered making two (or three) nearly identical headsets? As such, generally we would suggest that the XO4 offers the best value proposition.

The sound is superb as well as the audio and the comfort levels are exceptionally high. Whilst the differences between the XO4 and the XO7 are marginal, we would have no hesitation in recommending either but with the XO4, you cannot simply go wrong as it is cheaper and maintains the same sound output as its big brother XO7. If you are thinking of picking one up, you can check for best prices here. 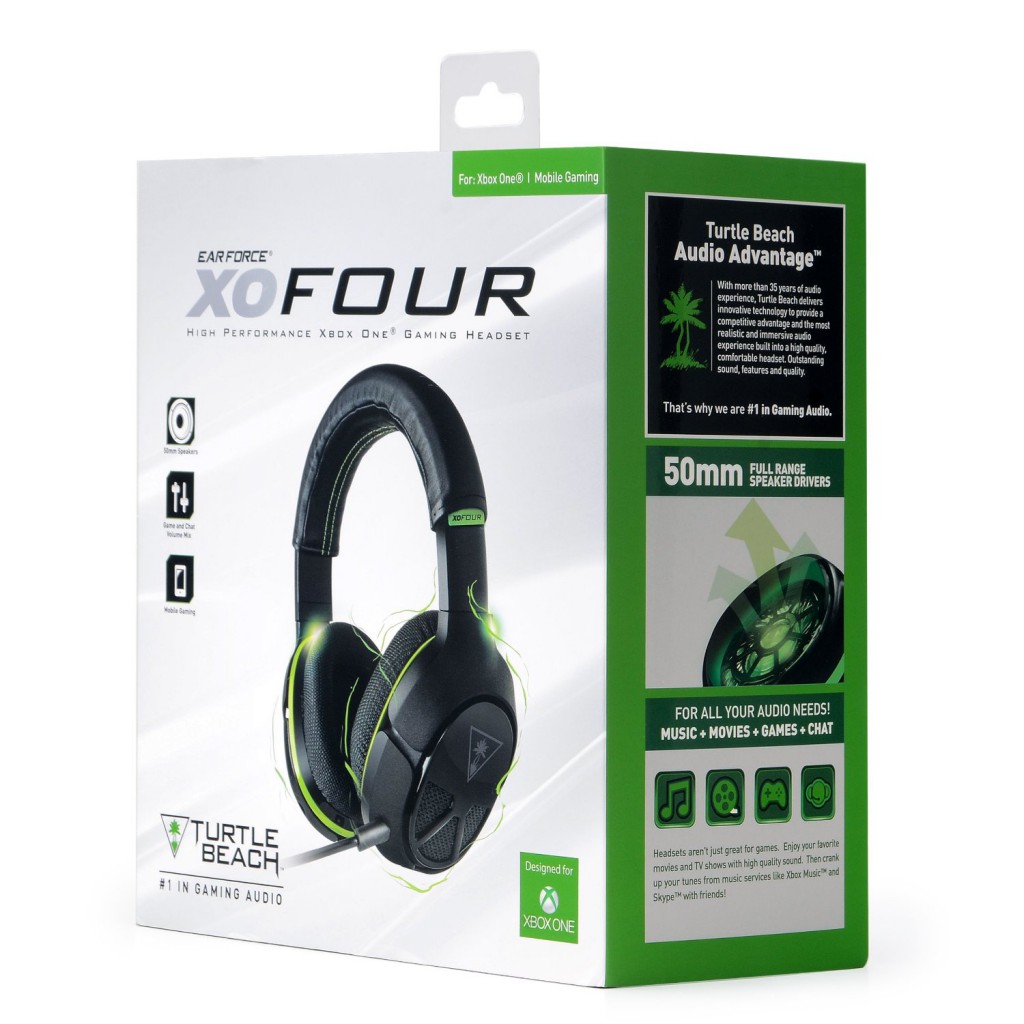 The Bad: No active voice monitoring | On the small side