The Turtle Beach Ear Force Stealth 500P is the first fully wireless Turtle Beach headset for the PlayStation 4 though it can also be used on the PlayStation 3 and with some limited functionality on the PC. With 50mm drivers and 7.1 DTS Surround Sound it boasts good sound quality. But a few issues prevent it from being the Headset everybody was eagerly anticipating which is disappointing given that Turtle Beach have had a full year with the PS4 to tailor the 500P. 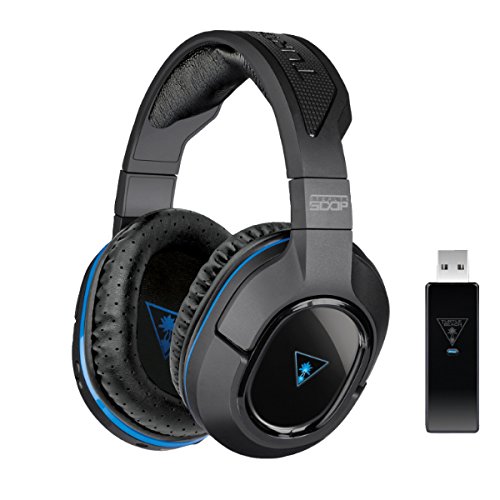 The Turtle Beach Ear Force Stealth 500P is specifically designed for the PS4 and whilst they can accommodate a large head, they seem more suited to small to average size heads given its compact design. It’s minimalist compact design is desirable however and they appear much more compact than the Turtle Beach Ear Force PX4 Wireless Headset that we have largely drawn comparison to. Turtle Beach have attempted to make this as plug and play as possible which is largely true when using on the PS3 and PS4.

The Ear Force 500P comes neatly packed as is expected from Turtle Beach. Inside, it comes with a very small dongle that is the brains behind the wireless setup that removes the need for any wires from your headset to your controller. You will also find the detachable mic, the headset itself and a number of cables – a jack cable for smartphones/PS Vita use, a USB charging cable and a special digital optical cable which goes into dongle from the PS4. The latter is a very short cable – around 30cm long – and again reflects Turtle Beach’s minimalistic design approach.

The dongle is tiny but not as small as the one that comes with Sony’s PlayStation Stereo Wireless Headset – Gold – headset. It will, nonetheless, stay out of the way.

Finally, you will find a Turtle Beach sticker, quick start guide and warranty pamphlets along with set up instructions.

The ear cushions are not leather but more of a vinyl type material – ‘pleather’ for want of a better word – and is perforated which allows the ears to breath during long gaming sessions.

The headset has nice Turtle Beach lettering on the top and is in the main black with dashes of deep blue very much akin to the PS4 tone. The right and left ear cups do not feel cluttered with a lot of buttons unlike the PX4.

The right cup has the power button which also has the Turtle Beach logo on it. The left ear cup is where the bendable and detachable mic is inserted and illuminates.

There are preset buttons which allow you to switch between the three preset sound modes on the fly.

An impressive feature is the voice prompts which, for example, tells you whenever you change a sound mode, what button is pressed or when you turn it on so that you are not left guessing whether the button press has worked. We found over time that this is a valuable feature that users will come to benefit from.

The Turtle Beach Ear Force 500P look nice when on and are comfortable around the ears owing to the breathable ear cushions and sturdy lightweight build. Your ears will not feel too hot after long gaming sessions. Most Turtle Beach headsets are in the large built from plastic, but with this particular headset, if you have a larger than normal head, you may feel the tightness of the mould around your head and it may take some time to break in. We found them to be more snug than uncomfortable but we can appreciate that there may be some tightness for some until they eventually loosen up. If you do experience this, one handy tip is to leave them stretched over a ball over night to break free some of the tension (though be careful not to overstretch them). 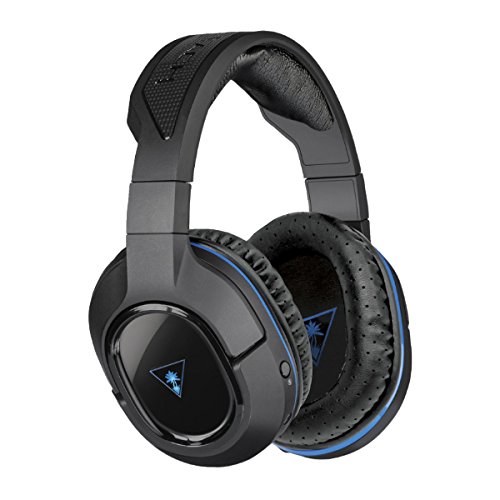 The ear cups are twistable so they can comfortably rest around your neck when not in use. They have a much more premium feel than the PX4 and its less obvious that its a gaming headset when you take off the microphone.

In comparison to the PS4 Gold headset, the mic on the Turtle Beach Ear Force Stealth 500P is much better. Both are compact in design  though we would probably say the Gold’s have a more suited look to it’s minimalist design. On the other hand, the 500P look much better than the overcrowded PX4 with much fewer buttons and a cleaner design. The mic also enters the headset much easily with the 500P compared to the PX4 which is renowned for its issues with inserting the mic.

The Turtle Beach 500P boasts DTS 7.1 Surround Sound and works very well with very few issues. The voices are well amplified, and the treble is finely balanced so it doesn’t sound too overpowering. The 500P is a lot more basier than the PX4 and some would argue that its too basey though we don’t mind that. To some extent we can agree that this causes some sounds to not appear distinct enough and that is a valid criticism. It may be more or less noticeable depending on what game you are playing but our general experience from playing with them through games like Battlefield 4, DriveClub, Minecraft and GTA V was really good. It may depend on what you want – we would certainly say that they are great for shooters.

The sound quality also held up rather well across the board from classical music on YouTube, huge explosions in BF4, and light toned music from Minecraft. The sounds of gunfire in-game were high-quality and audible at all times. I really enjoyed listening to music on Spotify over the Christmas break on my smartphone which delivered crystal clear sound.

One slight negative is that you can hear a very slight buzzing from the mic monitor. We haven’t been able to control it and it can be annoying but it’s rarely an issue particularly when you are playing loud games that are rarely without sound. It seems to be an intrinsic issue and not a fault as such which is slightly disappointing as there does not appear to be a fix. 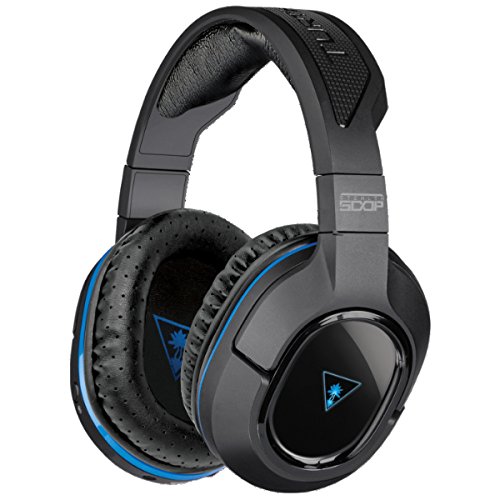 When in use however, it is solid at giving good clear audio. The mic is detachable as we have mentioned and if too close can pick up breathing but otherwise, its fine with no echoing. About 2-3 inches away from your mouth seems to be the optimum distance. I did get some complaints from fellow gamers as to clarity and loudness but this was down to the distance I kept the mic from my mouth.

You can expect some great battery life from this headset. Its stated to give 15 hours but after our first charge we got close to around 17 hours. The Gold’s will give you around 8 hours and the PX4 you can expect around 13-15 hours.

Using the 500P on the PS3 is a breeze and is simply a matter of plugging the dongle into the PS3 console and connecting the optical cable from the dongle into the rear of the PS3. I could find no faults in the headset when running them from my PS3 – the speakers exhibited clear DTS 7.1 Surround Sound instantly and maintained its quality throughout each gaming session without interruption. Conversations in games like Skyrim with other characters sounded clear and lifelike, with background sounds and music delivering a great atmosphere to bring the game to life.

Because the 500P Turtle Beach headset can be used on the PC and PS3, albeit without some functionality than the PS4, it delivers great value for money.

Its hard to conclusively recommend this without shopping around for some alternatives. We have already mentioned that it edges ahead of the PX4 and PX11 and the Gold in some but not all ways. Its lighter than the PX4 weighing 250 grams compared to 300 grams for the other two. The battery life is awesome and the sound quality is as good as the others if not better. The 800P might be a better premium experience. The live wire sound you can hear from the microphone monitor is potentially a deal breaker but not in our view that big of an issue. It can be slightly off putting in quiet games though an easy fix is to mute it when not in multiplayer or party chat.

Overall, I am generally impressed with the Turtle Beach 500P headset though its fair to say not blown away. We would say that its a great first choice headset owing to the ease of use provided by its wireless functionality.

The quality of sound and ease in setting up the system is great, and shows that Turtle Beach is a solid choice for gamers looking to maximise their audio capabilities not just for gaming but for general use.

Thinking of picking one up? Check out the cheapest prices here. 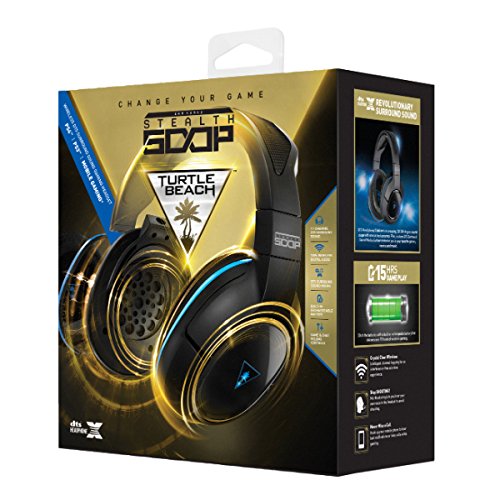 The Bad: Tighter Fit | Annoying Mic Issues | Base May be Overpowering