If you are looking for something different this fall that is a blast to play, doesn’t take itself too seriously and has some of the most unique and gorgeous art styles, Sunset Overdrive might be the game for you.

Sunset Overdrive is a whacky and zany apocalyptic open world action game set in a unique colour filled world with superb visuals. Make no mistake, the game is immature in every way, with lots of swearing and humour but this all ultimately contributes to Sunset Overdrives unique appeal. 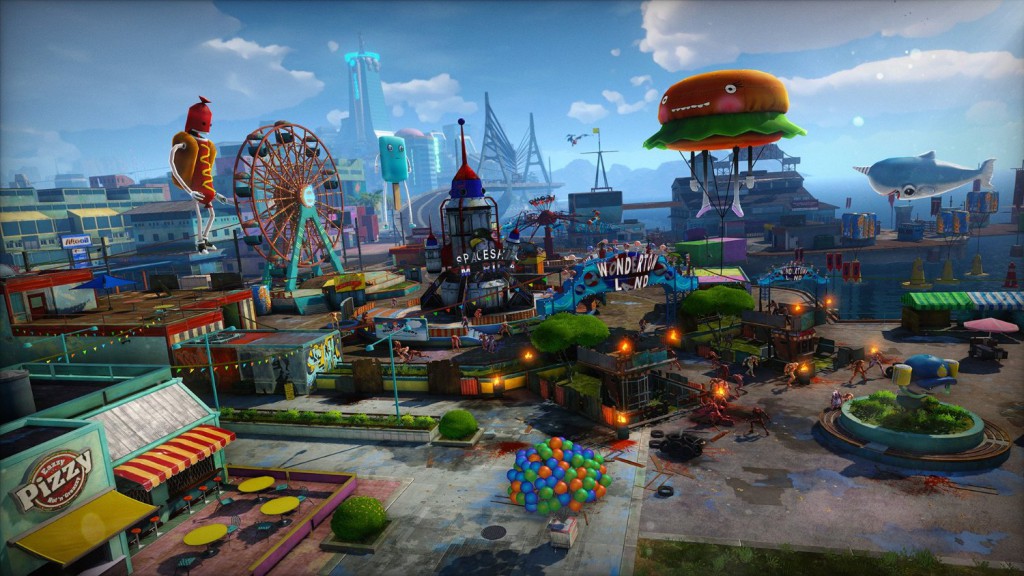 The basic plot line is an evil energy drinks corporation FizzCo has taken a grip on the city by feeding everyone its energy drinks turning them in to orange spewing goo monsters. And it’s down to you to liberate the city. There’s nothing much more to say on the story other than it exists in service to the world and gameplay.

But whilst the story campaign is there, there is an abundance of quests and side missions you can do, let alone simply roam around the beautiful world.

At the start of the game, you get to create your own player character and with the wide array of customisation options, you can expect some interesting and unique results.

After only a few hours into the game, you will be doing fetch quest after fetch quest but the variety of mission design does get better as the game goes on. You soon realise that it’s not the destination that is important, its the journey there and very rarely did I find I was using the fast travel system, instead enjoying the world and the multitude of ways to travel within it.

Sunset Overdrive has fantastic mobility physics that allow traversing the open world by grinding on rails, bill boards, power lines, wall running and jumping. The movement is extremely fluid and the game encourages you to use the environment by being very forgiving in timing your jumps. It’s greatly satisfying in stringing together combos and getting from one part of the city to the next without your feet ever touching the ground. 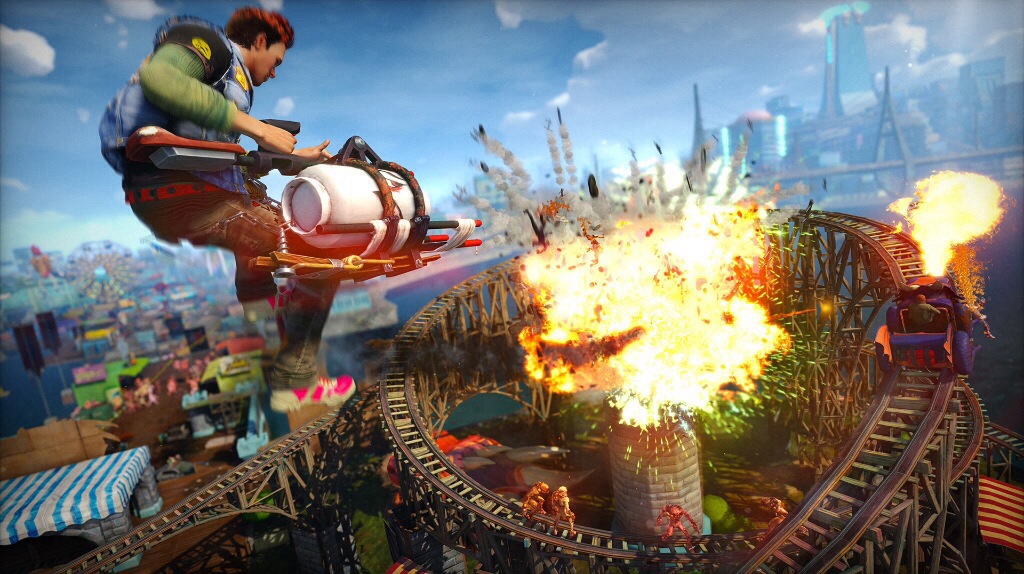 The world is large and dense and feels like each building is unique. There is a punk rock theme are splashes of colour everywhere in the world but the game does a good job of making each different area feel distinct. The world is simply beautiful and has huge draw distances and an insane amount of detail making this a technical accomplishment. Sunset Overdrive is locked at 30 FPS but the game benefits from this immensely as not once did I suffer any frame rate dips despite the chaos on screen.

Exploration is meaningful and you gain power abilities from doing so. You can purchase maps to unlock the locations of items. You also get badges for performing certain actions such as air dashing which can be traded for power ups. There is a wealth of upgrade paths.

The weapons are ludicrous and a blast to use. You can be carrying anything from a teddy bear launcher to a bowling ball cannon. Each has its own unique feel and the game encourages you to try different weapons against different bosses and enemies.

Killing monsters has never been so fun and this game does an excellent job in nailing the combat and making each encounter feel unique. Dispatching a horde of enemies is intense and greatly satisfying. 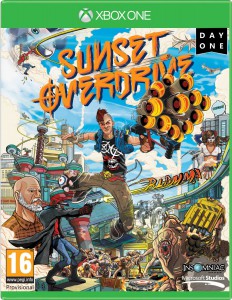 The best moments in the games are the boss encounters and it truly tests your ability to traverse the world and shoot at the same time. On the point of controls, they are generally intuitive but it can take some time to acclimate to the speed and the amount of wiggling your thumbstick’s will be doing. My hands were genuinely sore after 3 hours of playing because the action can get intense. But once you get used to it, the controls feel tight and serve you well.

Sunset Overdrive has a charm, and is genuinely funny. Its written well and has great voice acting. The humour fits the world very well and combines to create a fantastic overall game.

The online mode allows you to team up with 7 other co-op players to create a chaos squad and take down hordes of enemies where you can set up traps. Its not as gripping as the single player but still a helluva lot of fun.

Insomniac games has done a fantastic job with Sunset Overdrive. It is a refreshing game that is fun, gorgeous looking, a unique and set in a world I want to be in. Getting from point A to B has never been so fun and after my 12 hour stint with it, I still find myself going back for more. It extracts the best from games like Crackdown, Tony Hawk Pro Skater and Infamous and combines them all to deliver a very good reason to buy the Xbox One if you haven’t got it already. Its juvenile attitude may not make it for everyone but combined with its beautiful world, tight game play mechanics and engrossing combat, any Xbox One owner will have to be crazy to give this one a pass. 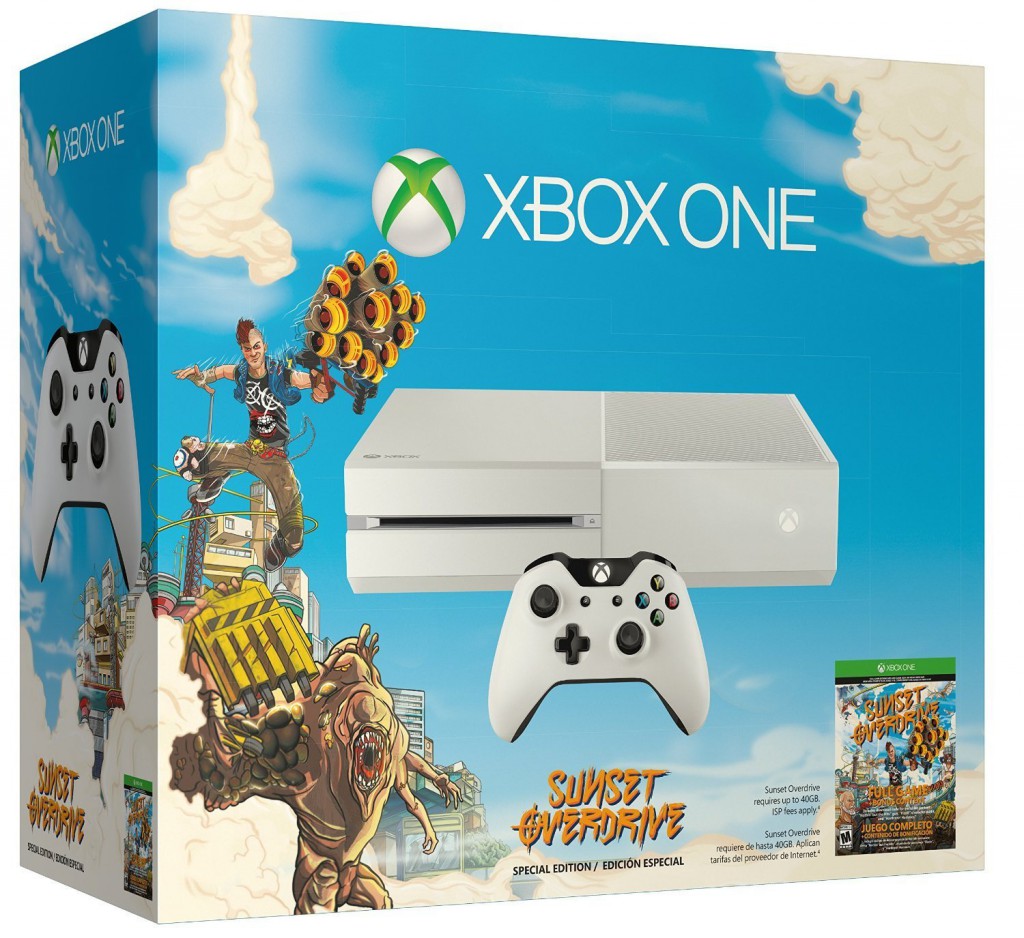