What is the Pebble Watch?

The Pebble Smartwatch is the first innovative leap towards translating the smartphone experience to your wrist and comes after a record breaking KickStarter campaign that raised 100 times its funding target in just 5 weeks (that’s close to $10million). 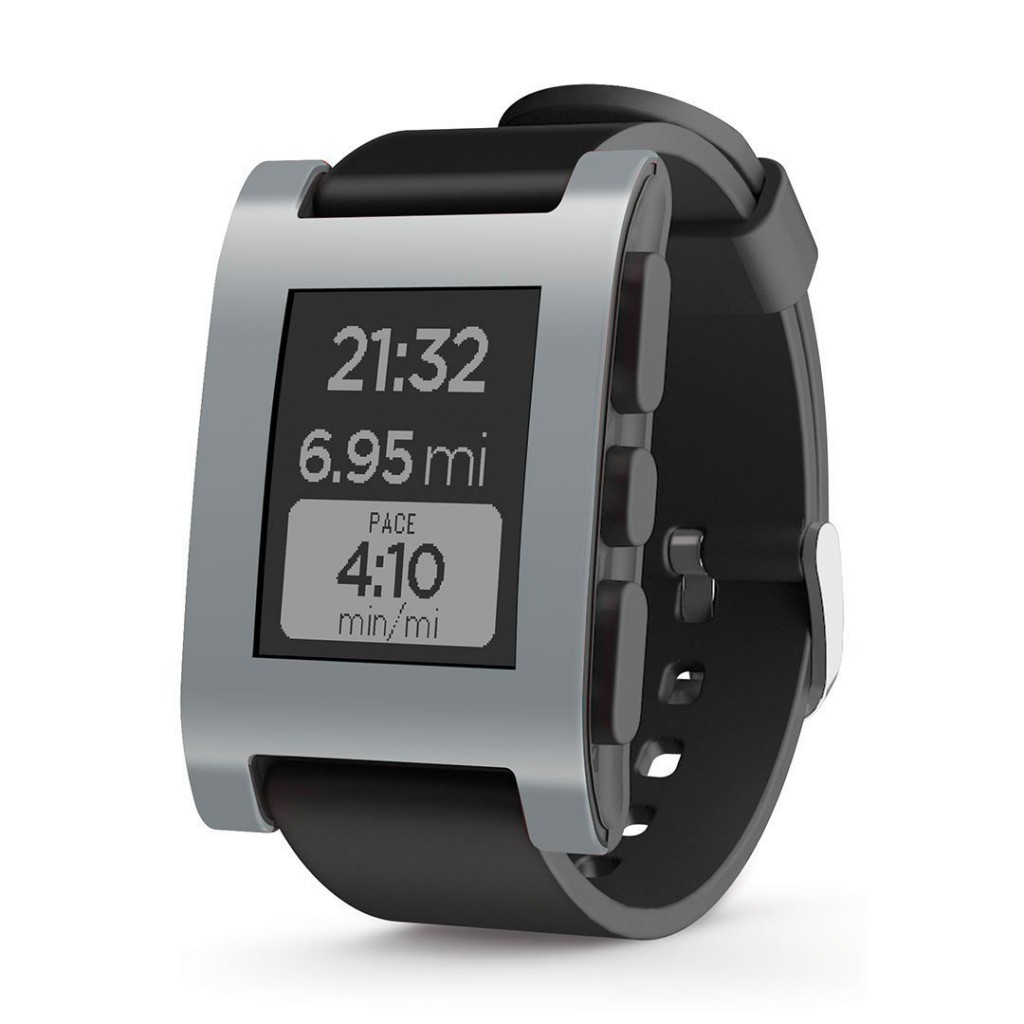 The Pebble pairs up with your smartphone via Bluetooth to bring your Smart Phone to your wrist so you can access your key texts, tweets and other app notifications whilst on the fly more conveniently. Its great for catching a sneeky glance at incoming notifications without ruining that important business meeting or checking the latest football scores whilst out on a date! Its compatible on both Apple and Android devices and has its own thriving App Store where you will find all the familiar house hold names like Twitter, Foursquare and a whole bunch of games.

The Pebble Smartwatch features the following: 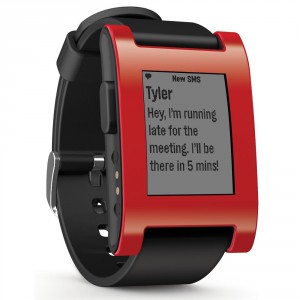 As slick looking as it is, its the Pebble Watch’s features and its ease of use that garners all the attention, not its looks. The intention of Pebbles Smartwatch is not to replicate a smartphone device, but rather act like the client, synching to and recieveing notfications from your Smart Phone. What it can be synced to varies with the iOS and Android OS’s but includes email, SMS, social media, alerts and reminders. You can also connect to calls and control music on the fly.

The Pebble Watch looks gorgeous. It is the definition of what a device of this sort should look like; slick, stylish, sexy and uncomplicated in design and use. It has a beautiful e-paper display much like the kindle making it easy to read even in sunlight and illuminates in the dark.

It fits neatly around your wrist and is surprisingly not as bulky as it may look. It does attract fingerprints very easily and you could say it looks a little plain looking. Some have commented that it looks cheap and plastic looking which is not entirely inaccurate as it is made of plastic in the main but we would disagree with this general sentiment. It’s clean, clinical, light, and solidly constructed.

The standard strap fits wrists with a circumference between 14cm and 21cm. You can pay for an extended strap which will fit wrists up to 24cm.
and costs an additional £2/$3.

The smartwatch recognizes when you want to use it in the dark by a gentle flick up and it will illuminate the screen.

The Pebble watch is water resistant so you can shower, run in the rain or wash the dishes with it on without worrying about damaging it. It can actually be submerged under water up to 160 feet so you could actually swim with it on (though we never tried this!).

Its controlled primarily by 4 buttons 1 on the left and 3 on the right. The screen will illuminate automatically but you can change a setting so that this happens at the flick of a wrist. There are 4 metal charge points on the left of the watch which is designed this way so as to keep it waterproof.

Setup is relatively simple and involves connecting your Smart Watch to your handset via Bluetooth and installing the official App which lets you change the notification settings you want to receive.

In short, we had more difficulty with iOS than we did with Android in making use of and syncing all the preferred settings. The Pebble Smart Watch officially requires iO6 to run but ensure you have the most upto date OS in place (on either device) for best results. Androids open architecture is the primary reason for this whereas Apples propriety OS is more limiting. Apples iOS7  drastically improves things from its previous iOS6 however and so we are confident that it runs without too much difficulty on both platforms.

When actually using the device, notifications pop up quickly as if incoming directly. The vibration takes some getting used to but is eventually fine. The Bluetooth connection is strong up to 30feet so you are still connected around the house. It is a very practcal device and soon replaces your phone as your go to place for checking tweets and messages. 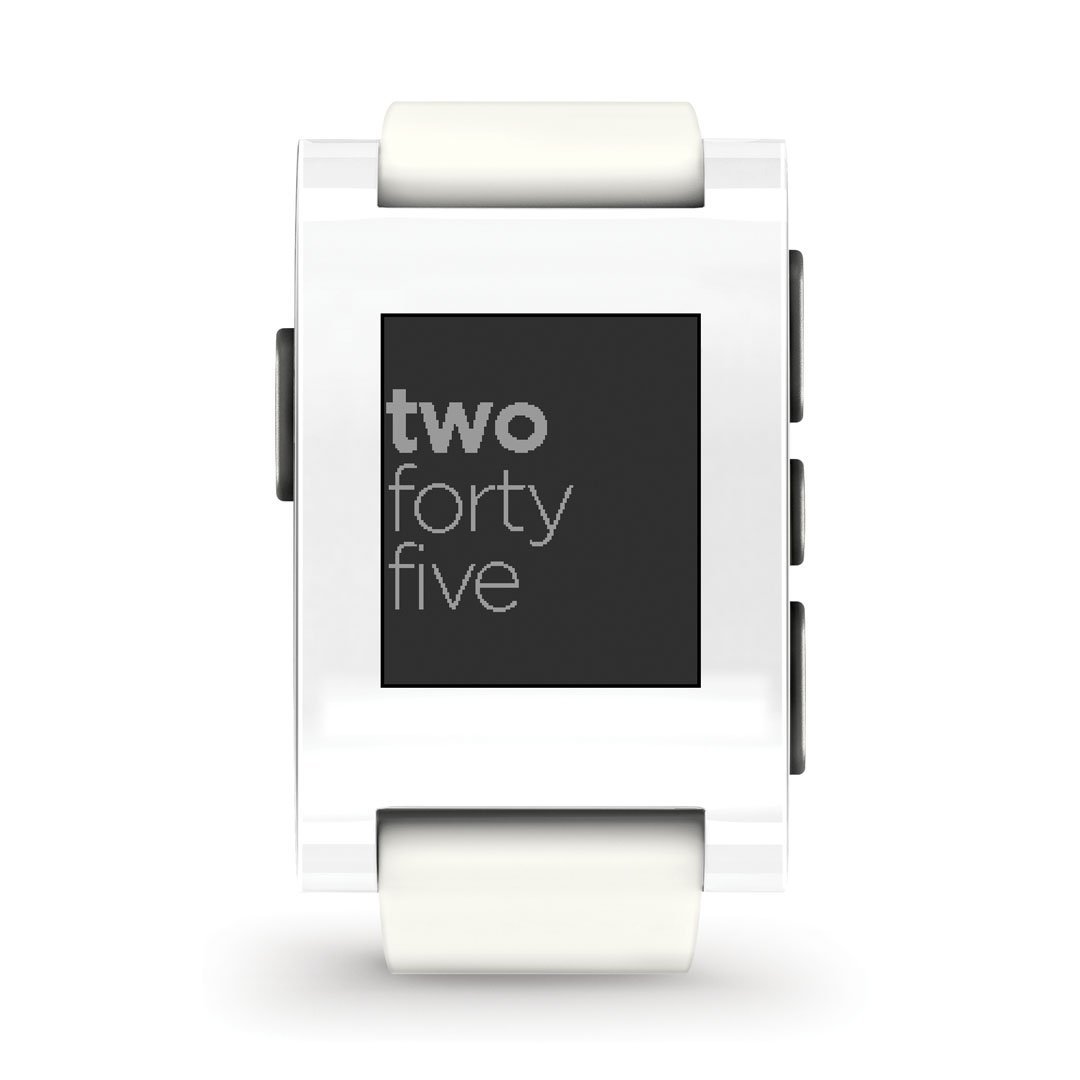 We never had any trouble looking at or reading from the Pebbble Smartwatch. It illuminates when its dark and displays fine in bright sunlight areas. I was comfortably reading emails around 600-700 words long using the up and down button to scroll though if you have a few of these you should be pulling out your phone.

Alerts queue up and once dismissed cannot be retrieved which is a bit of a bug bear but is probably required to keep the interface simple.

Its advertised to run for around 5-7 days n a single charge depending on usage. We were getting around 3-5 days sometimes 6 depending on sage. Granted we were putting it through its paces before writing this review so the battery life was inevitably going to deplete faster. On the flip side it only takes around 2 hours to fully charge so we are generally happy with the battery functionality despite it coming in at less than advertised. 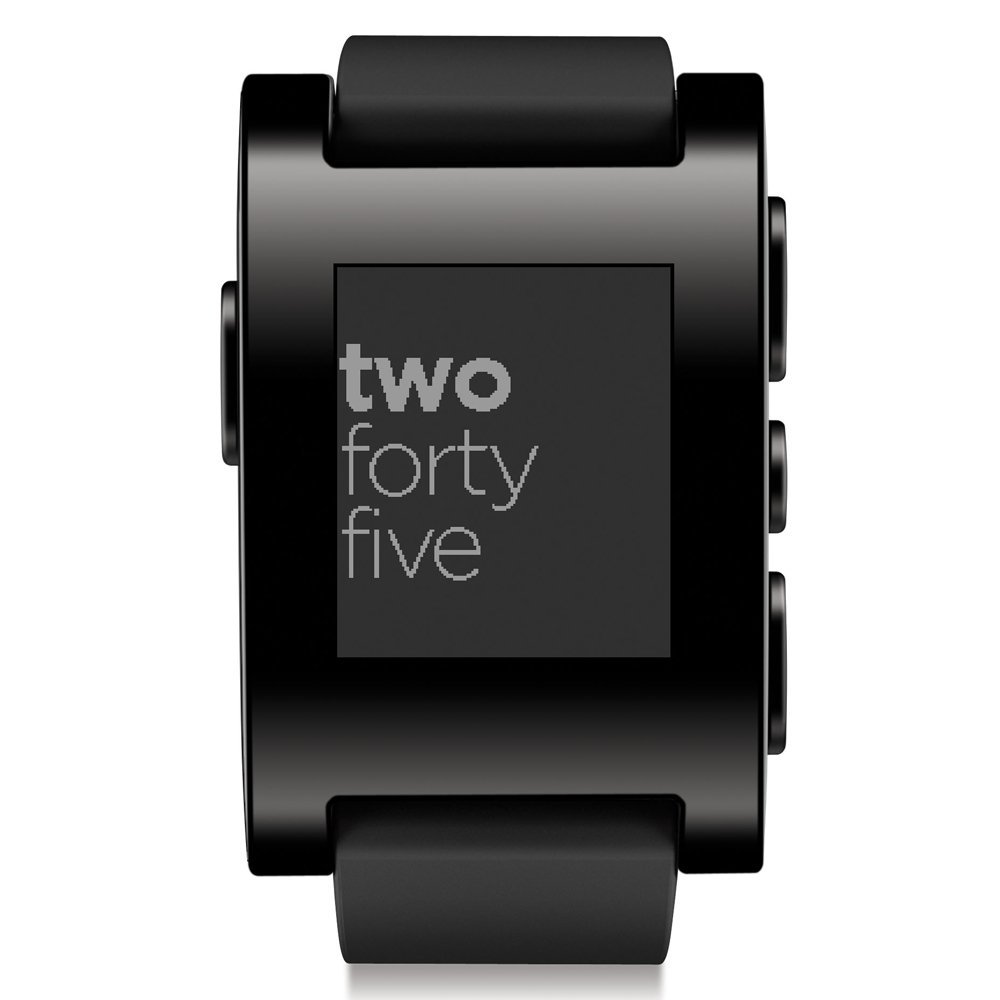 You can visit the App Store here.

You can pick them up for roughly £99/$99 which makes these a easy to recommend. With Christmas looming and an infinite amount of Smart Phone holders, this would make an excellent gift idea.

Should You Buy the Pebble Smartwatch?

The Pebble Smartwatch reviews have come in favorable in the upper 80% plus region so there is a general consensus, as I have set in the review, that this is one nifty piece of kit that is well worth shelling out for. Compatibility will only get better  newer updates are made to the OS’s of Android, iOS and firmware updates.

Check out the latest deals on Amazon. 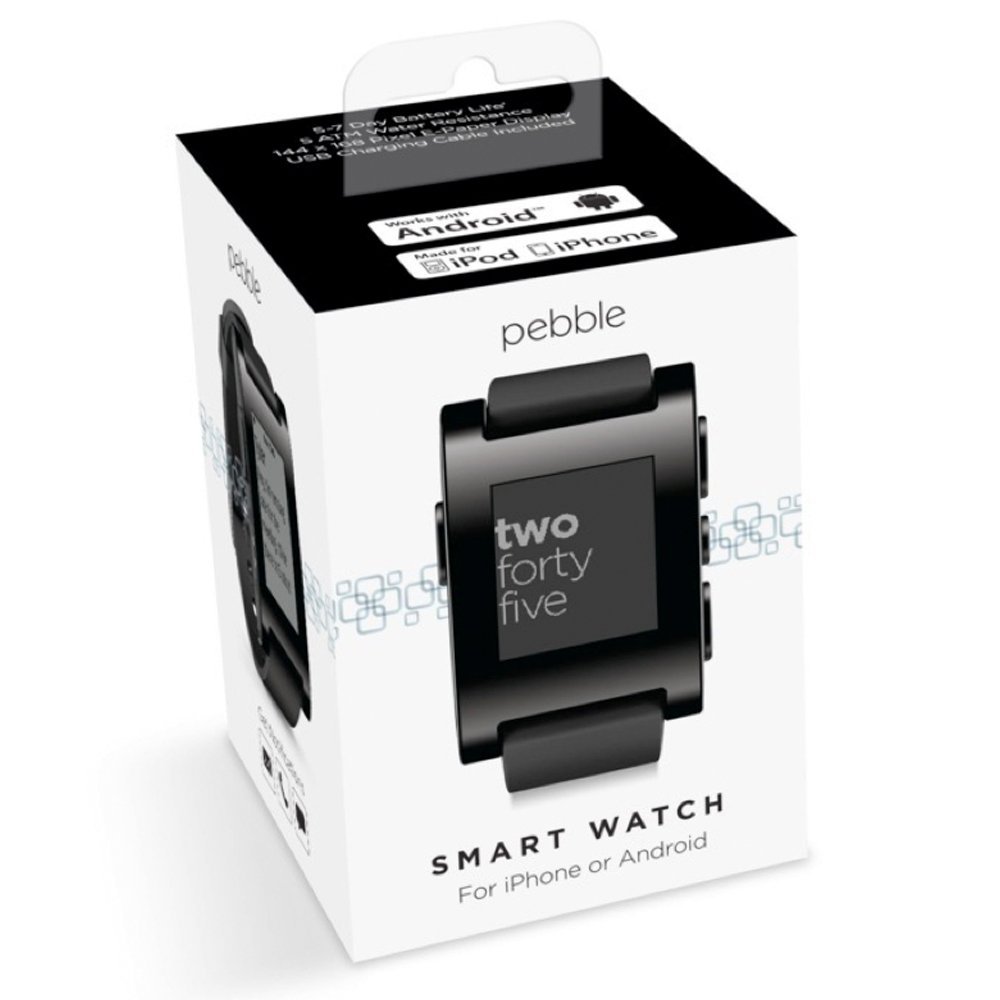 The Good: Reasonable Price | Sexy Design | Intuitive/Easy to Use

The Bad: Battery Life Could be Better | iOS Reduces Functionality