So nearly a week after the release of Destiny, we are seeing a raft of mixed reviews coming out. Whilst they all seem to applaud Destiny for its gorgeous visuals and rock solid shooting mechanics, the praises seem to stop there.

I played through Destiny on the Xbox One and got the Destiny Limited Edition which is worth buying for the expansion pass alone. I opted for the Titan class and in the main completed  it solo with the exception to a few missions which I completed with a fireteam.

If I could summarise Destiny in a few words, it would be that it is soulless and lacks identity.

You are placed in a beautifully imagined world and Bungie should be praised for that much as the open design and expanse makes it a joy to look at and roam around in. 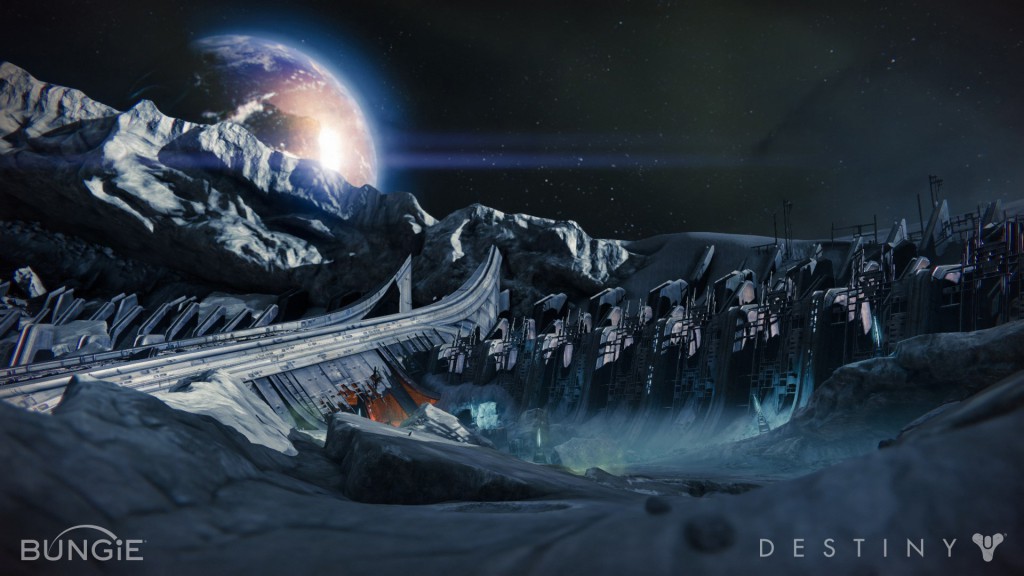 But it soon becomes apparent that the world is devoid of any life, character, humour or lore. Destiny is soulless. There’s just nothing but emptiness in the few gorgeous looking locations that have been created. It’s a bit like being stuck in a high resolution screen saver – pleasing to look at but not an awful lot to do. This could be owing to the fact that Bungie, who clearly know how to create beautiful worlds and rock solid shooters, have never created anything like this before. It explains why we have ended up with what is largely a FPS shooter with RPG / MMO elements that don’t quite seem to work together.

Successful games in the MMO / RPG genre exploit the gamer’s insatiable appetite to explore, learn about the world, loot and develop your character. But in Destiny there are no in game items that flesh out the world, its populants and its lore nor are there any meaningful side stories and quests. Destiny partly attempted this through Patrol Missions but these are a poor attempt at trying to mix the games otherwise one uninspired mission design which consists of travelling to one point, deploy your ghost, defend wave after wave of enemy, collect a reward and then rinse and repeat. You get a few lines of dialogue, but genuinely I had no idea what the story was about during each mission. The only good thing about the Patrol mode is getting to freely explore the world on your sparrow. 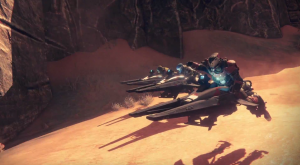 The empty atmosphere actually feels right when you are on the Moon – it is after all a ball of rock that should be absent of any life – but the planets on the other hand should have had much more to them. We just cannot understand why there no NPC’s that would otherwise have given some life to the world. Even a few merchants or upgrade locations scattered around each world to give a reason to go there would have helped. There are a handful of characters in the game that had potential to be interesting but they turned out to be really flat with minimal amounts of dialogue.

Everyone was eagerly looking forward to having Peter Dinkalage beside them for their adventure but your companion ghost does nothing like what Claptrap out of Borderlands 2 or Wheatley out of Portal 2 did for their respective games. And that’s hugely disappointing because clearly the potential was there to infuse some charm into the game.

Looting is prevalent if not less frequent and meaningful as games like Borderlands and Diablo 3. Having to go through the same locations, enemies and long tiresome firefights before picking up loot soon becomes boring. You might stumble across a chest or two with some loot but they are few and far between. Short little caverns and caves, where loot should be are empty and missed opportunities. 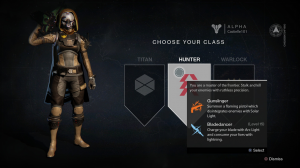 I got to the point where I was simply not bothered to go to the pains to explore what would only lead to another predictable set of gauntlets or crate of helium filaments. Looting is nowhere near as frequent and rewarding as in games like Borderlands and Diablo 3 and Bungie have successfully made it a choir to do so.

The levelling up and upgrade system is bland. You do get new weapons and gear but the increments in stats are so slight that, you feel your equipment is levelling at exactly the same pace as the games difficulty making it a much needed but inadvertently pointless exercise. You could say that all games do this but it’s the lack of diversity in weapon types, play styles and mission designs make the whole exercise meaningless. The game just puts you through the motions and you are more likely to die because of your ammo management or shooting skills than your lack of adequate equipment.

The special abilities and powers do mix things up a bit but it’s using it in the same familiar circumstances that makes acquiring them uninteresting. I could quite happily sit in one spot with my sniper and clear hoards of enemies only to ever venture out when in need of ammo. 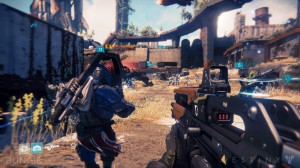 I could not understand why the grenades take so long to replenish particularly as the game throws so many enemies at you at once. I did however really enjoy the shooting mechanics and it feels great to pull of exploding headshots. For me personally, it’s still no Battlefield 4 but instead a competent blend of Halo and Borderlands which does feel nice and smooth in action. Sadly however, the wave after wave of same old enemies, and the simple take cover and shoot strategy required to dispense with them makes shooting boring and tiring very quickly. So much so that I now understand the few that had said they have had their fill from simply playing the Beta.

The first few hours of the game was really fun and intruiging and you can read my earlier piece First Few Hours of Destiny that set out my experiences. However since then, the game simply repeats itself to fill in and pad the next 16-20 hours it will take to complete it. That’s not a long time for a game of this size but actually when doing the same thing over and over, it is.

In essence all you do in this game is go through the motions and collect meaningless stuff. It doesn’t engage you nor do you find yourself caring one bit about anything or anyone. Just go here, kill these enemies and get lots of xp and random items. Accumulate, gather and hoard for no particular purpose.

The community events are quite interesting and I found they mixed up what would otherwise have been a repetitive grinding gameplay session. The strike missions on the other hand are more of the same standard gameplay only there is a huge bullet sponge waiting at the end of each mission which can be plain annoying and tiring to kill. We have not had a chance to try out the highly anticipated Raid missions which will become available on the 16th September 2014. We sincerely hope this is as good as it has been hyped up to be. 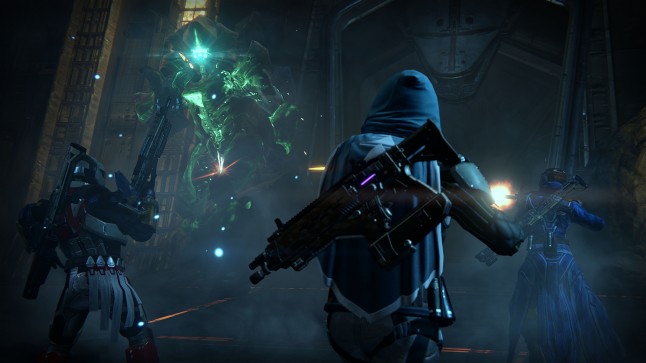 I tried the crucible for a bit and the maps are truly stunning in both looks and design. It’s a shame I came across Mars and some other locations before meeting them in the actual game. The game modes are Bungie’s take on free-for-all, team death match, domination etc so nothing too different from what we have already seen in other major multiplayer FPS’s.

I like how your character and its class and weapons are carried over into multi-player but this does result in unbalanced games at times. I found myself having my backside handed to me time and time again and ultimately found it hard to unbalanced to get into. It’s a competent multiplayer shooter nonetheless and after the level cap, I imagine it may be a better experience. There is one major qualm I have and that is why you have to select and track bounties (missions e.g. get 25 Titan precision kills) rather than the game doing it automatically. It just doesn’t make sense to sit through more load times to manage this.

I never did complete Borderlands 2 but I might go back to it as my hunger for a loot driven game has not been filled by Destiny. It’s so disappointing that this game has such uninspiring game play. The world whilst beautiful, really lacks any soul. The game, whilst a competent shooter, lacks identity. Nonetheless, despite its shortcomings, we do think it is a competent game well worth giving a go. Much of this is about managing expectations which sadly got way out of control pre-release.

If you are thinking of picking it up, you can check for the best prices here.

On a wider note, we have noted that this the third big budget triple AAA game that has failed to really deliver on its high expectations this year, the other two being TitanFall and Watch Dogs. Whilst all three are competent games, they have fallen short of the hype that has preceded them and you have to wonder how those games would have turned out if even half the marketing budget was instead invested in the game itself! 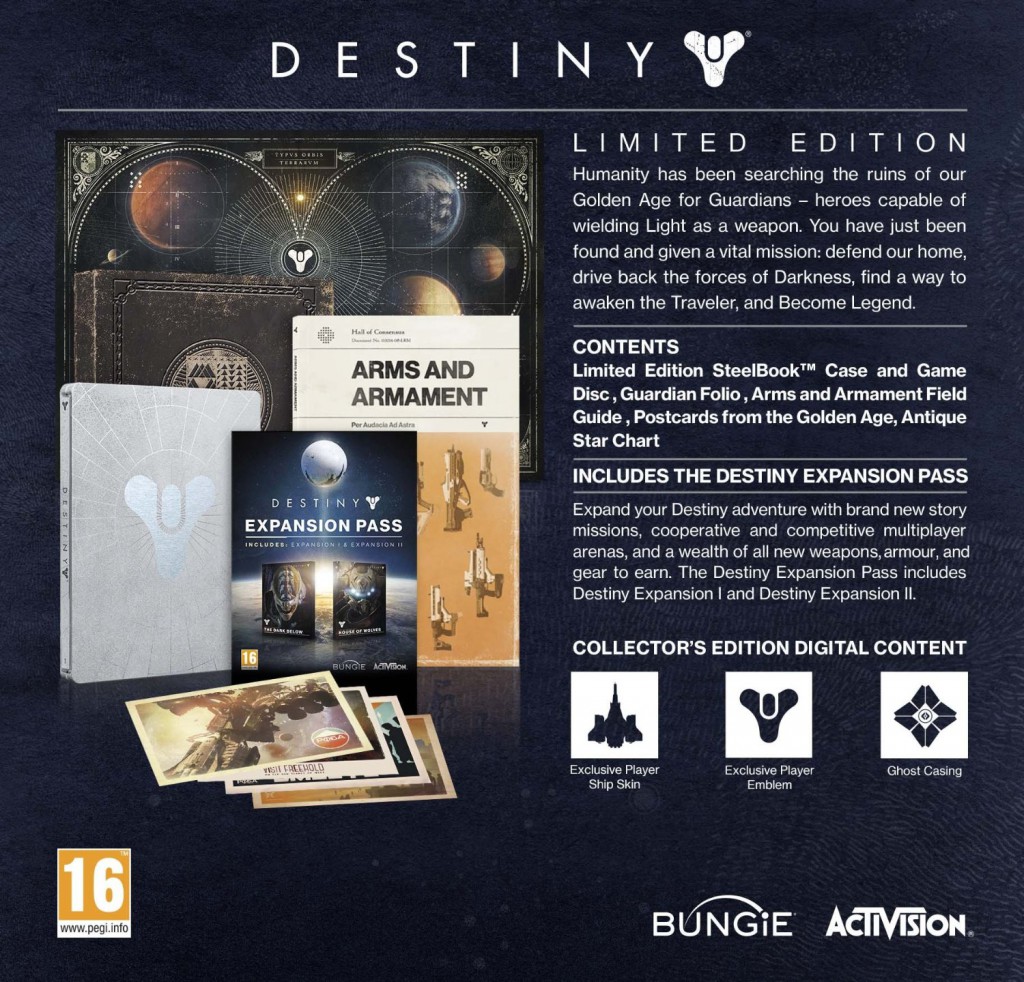