Today’s released trailer for Call of Duty Advanced Warfighter sets the stage for the story and teases a multiplayer reveal on 11 August.

The trailer features some stunning sequences showcasing a sample of the advanced warfare gadgets and equipment in action including a neat looking jet pack. Of more interest is without a doubt the story line.

It begins with a an Abraham Lincoln quote before jumping straight into the game world in chaos following a global terrorist attack.

With the government and military crippled, the government is forced to turn to a private military company Atlas, the leader of which, you guessed it, is the critically acclaimed House of Cards star Kevin Spacey.

The PMC is shown as the largest and most effective independent army in the world that is more powerful than any nation and you hear Kevin Spacey’s character say that it requires no congregational approval.

Undoubtedly the power struggle will make for some interesting storytelling with the trailer ending with the caption “Power Changes Everything” with Kevin Spacey delivering as always.

If not anything else, we can expect a solid FPS from Activision’s next iteration but I have to confess I am now, more than I ever was for this game, hyped for this game and genuinely looking forward to see how the story unfolds.

Let me know what you think of the new trailer and whether this is more of the same COD we are used to or whether we can genuinely expect a shake up this time around. 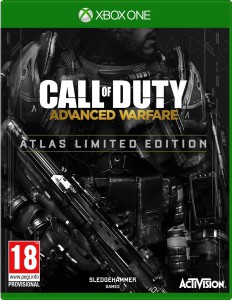